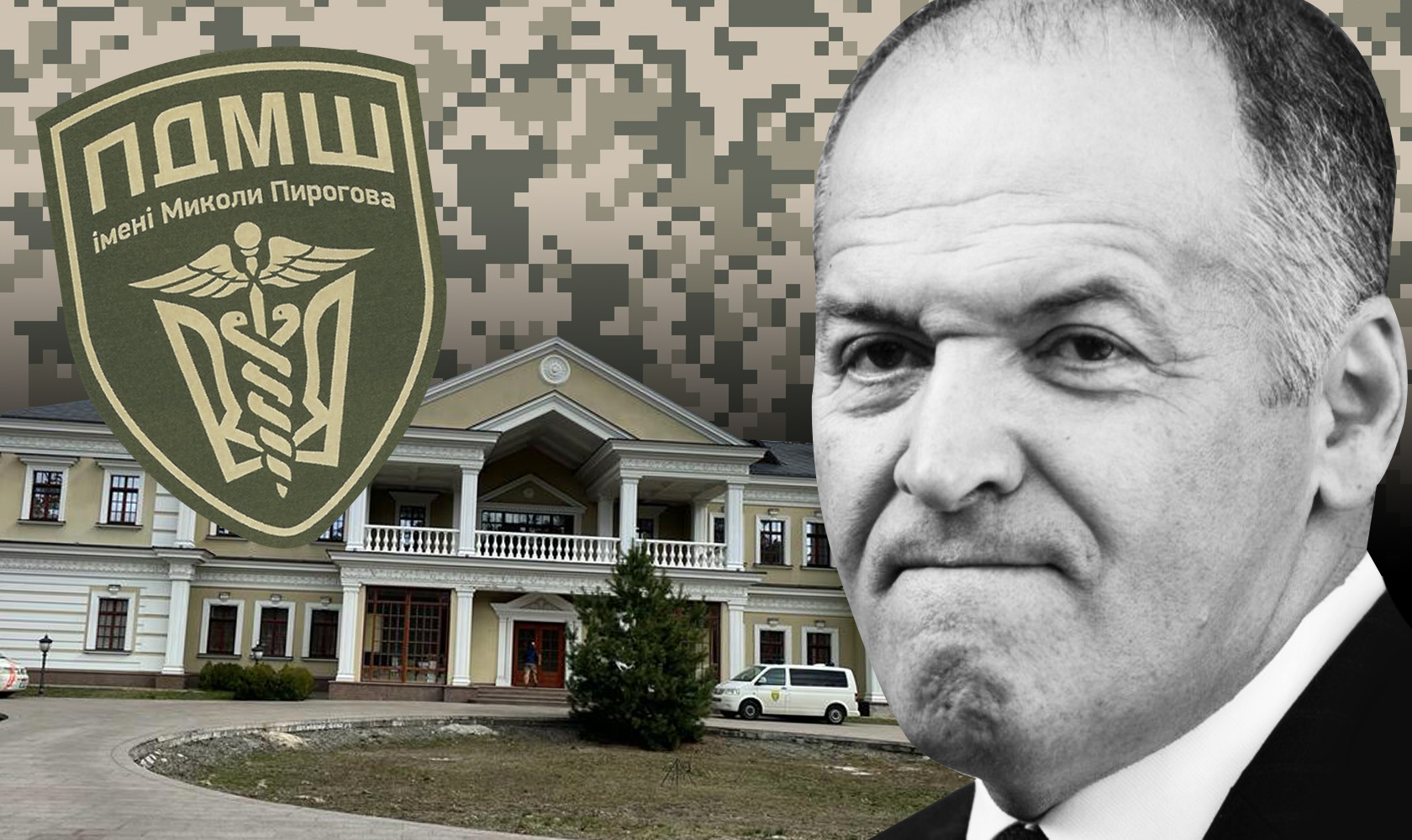 Myhaylo Tkach in Ukrainska Pravda tells how PFVMH come to the estate of Olena and Viktor Pinchuks – a daughter and a son-in-law of Ukraine’s former president Leonid Kuchma – and set up there its base.

The oligarchs’ estate, on which the mansion looks like a palace and which had been mothballed for about 20 years and was temporarily given for the use by PFVMH under a gentlemen’s agreement on the second week of Moscovia’s full-scale invasion, now serves as the volunteer hospital’s headquarters, warehouse, control center, and ambulance parking & repair site.

“Here came medicines, arranged on a billiard table, near the swimming pool are boxes with medical equipment, and in the yard stand ambulances that went out to assist occupation victims in Kyiv Oblast and now have been going eastward. However, as soon as the beaten Russian troops were forced to retreat from Kyiv, one of the parties started challenging the [gentlemen’s] agreement. And this party is not the [volunteer] medics,” Myhaylo Tkach points out.

According to UP sources, Viktor Pinchuk has been in London since the beginning of Moscovia’s full-scale offensive.

In the video below, PFVMH leader Gennadiy Druzenko takes a tour of the estate and suggests that Viktor Pinchuk gives it to children who have become victims of this war. Let’s hope that this suggestion will be “an offer he can’t refuse.”