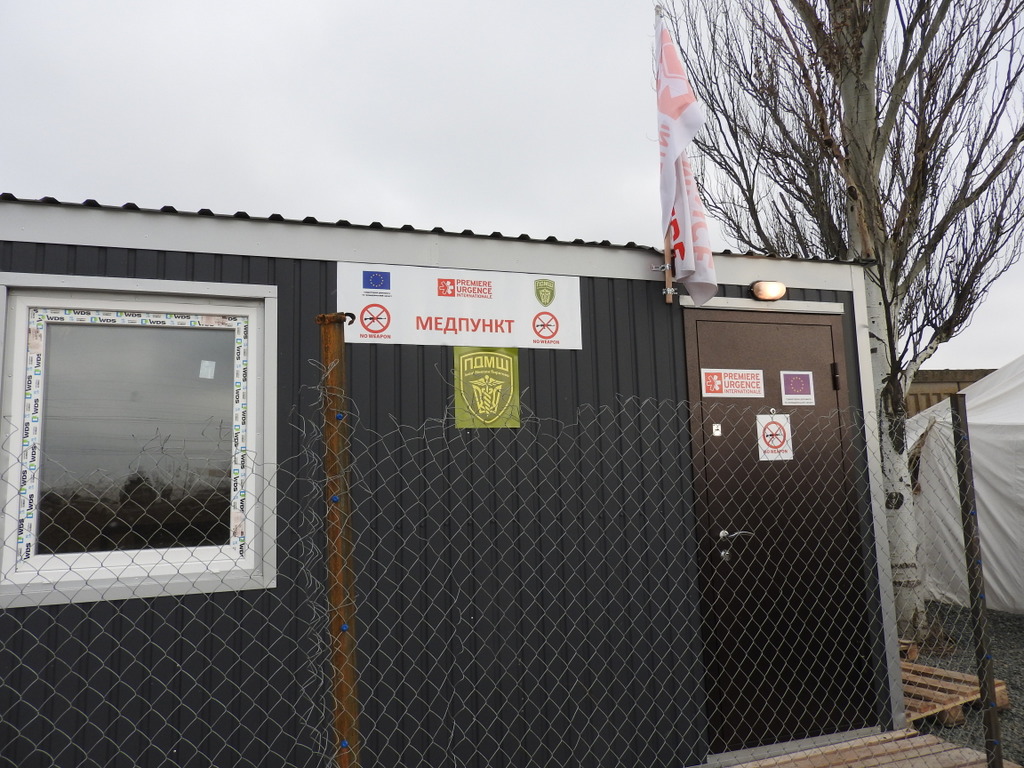 As of Friday, about 80 people of those crossing the delimitation line between the Ukrainian government-controlled and noncontrolled territories from both sides used services of the first-aid station opened on Tuesday near the Maryinka Checkpoint, medics who run the facility reported.

The first-aid station, complete with a warming tent, was set up by Première Urgence Internationale, a non-profit, non-political and non-religious international NGO, under a project funded by the European Commission’s Directorate-General for European Civil Protection and Humanitarian Aid Operations (ECHO). The Pirogov First Volunteer Mobile Hospital provides medical personnel for the station.

Read the whole story in Ukrainian on our site.

Setting up the first-aid station near the Maryinka Checkpoint. Donetsk Oblast, Dec. 13, 2016