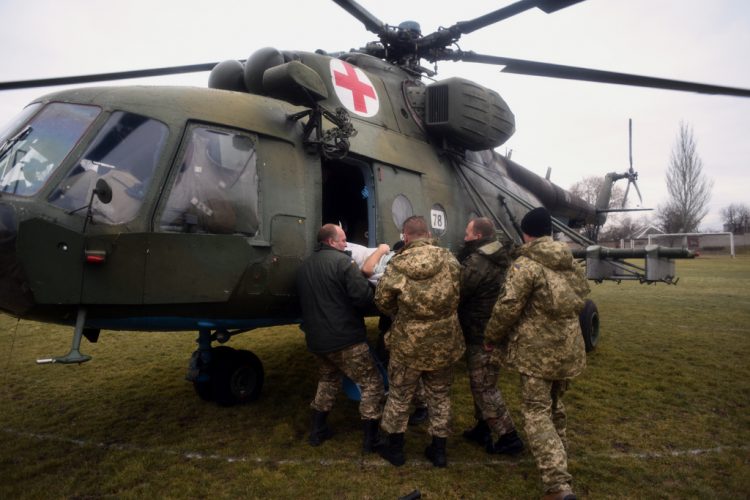 On Nov 18, 2016, acting Health Minister Ulana Suprun signed Order #1254 “On organization of missions of medical workers who volunteered to provide medical aid in ATO areas.” Setting up a procedure for involving civil medics in provision of medical aid in the Anti-Terrorist Operation zone within the Pirogov First Volunteer Mobile Hospital (PFVMH), this document has also removed the last bureaucratic barrier for their work immediately at military units that defend Ukraine against the Russian aggression.

“The issue of this order once again proves the essentially new quality of the team that is presently leading the Health Ministry,” PFVMH cofounder and leader Gennadiy Druzenko commented. “We have fought for this order since Feb. 5, 2016, when the Memorandum was signed, because it explicitly provided for the order issuance. However, only Ulana Suprun has demonstrated political will and legitimized the mechanism for provision of aid to our warriors by volunteer medics.”

The order inter alia binds the ministry’s Emergency and Disaster Medicine Department to collaborate with the ATO Staff (subject to its consent) to determine their needs of medical and non-medical workers. At the same time, the heads of the health care units within the Oblast and Kyiv City State Administrations, as well as the state health care institutions and enterprises within the purview of the Health Ministry, are charged to ensure detaching medical and non-medical workers of their subordinate organizations and placing them at the disposal of ATO Staff, given these workers have volunteered in writing.

In the document’s “civil” part, the heads of the health care units within the Donetsk and Luhansk Military-Civilian Administrations are ordered to monthly inform the Emergency and Disaster Medicine Department and the PFVMH on their needs of involving PFVMH medics to work at medical institutions in the ATO zone as well as to ensure their accommodation and admission to working at these institutions.

According to the order, the abovementioned Emergency and Disaster Medicine Department will also have to facilitate keeping the health care units within the Oblast and Kyiv City State Administrations, as well as the state health care institutions and enterprises within the purview of the Health Ministry, informed of the needs of involving medical and non-medical workers (who volunteer in writing) within the framework of the PFVMH project to work at health care institutions in ATO areas on the territory of Donetsk and Luhansk Oblasts.

According to Druzenko, “all the legal jigsaw puzzles, required for full legalization of PFVMH activities in Eastern Ukraine, have finally assembled.”

He said he is sure this will result is the PFVMH’s second wind. “I also want to emphasize that this is a convincing example of how real reforms should be carried out: first we experimentally find a mechanism that proves its efficiency and then legalize it. That is, we blaze a trail on virgin soil, and when we see that people follow, many people, we construct a highway,” the PFVMH leader added.

In early November, the deputy head of the SBU’s Anti-Terrorist Center, ATO chief LTG Ruslan Khomchak, signed an order that, on the part of the ATO command, gave the green light to work of PFVMH medics at military units in the operation zone.