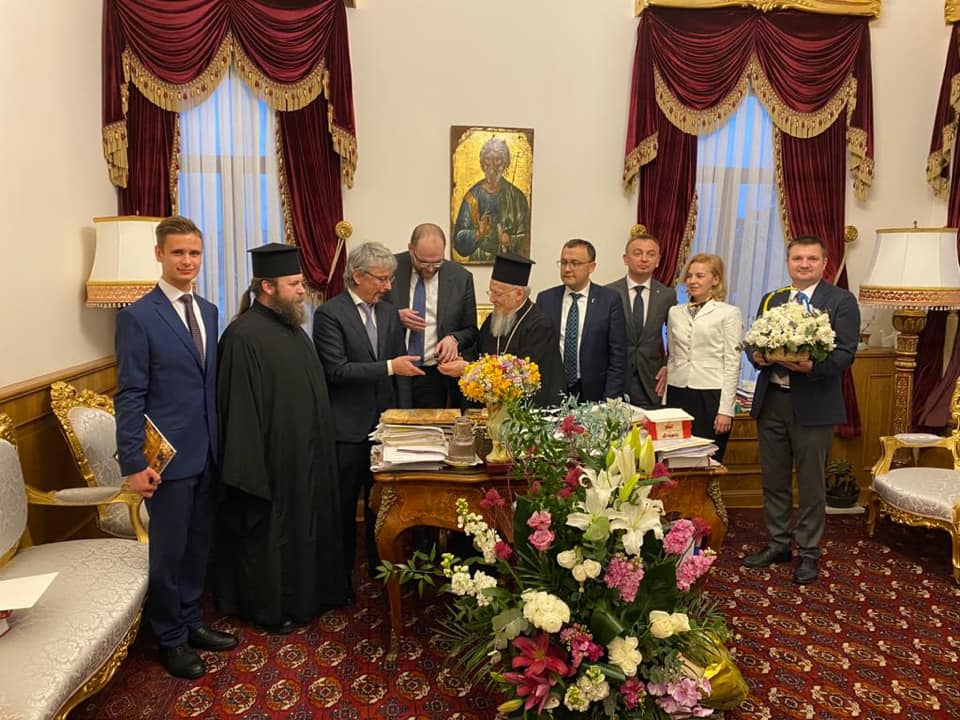 As a birthday present, the Ecumenical Patriarch received an icon painted on an ammo box fragment Yesterday in Istanbul, Ecumenical Patriarch Bartholomew I on his 80th birthday received as a present from the Ukrainian delegation an icon of Saint Apostle Andrew the First-Called painted on the bottom of an AKM ammunition box. The author of the work is Kyivan artist Oleksandr Klymenko.

The “Icons on Ammo Boxes” is a joint project of Kyivan artists Sofia Atlantova and Oleksandr Klymenko aimed at supporting the PFVMH, an NGO that engages civilian medics in the provision of medical aid in the Joint Forces Operation (formerly Anti-Terrorist Operation) zone in Eastern Ukraine. The main idea of the project is the transformation of death (symbolized by ammo boxes) into life (traditionally symbolized by icons in Ukrainian culture).