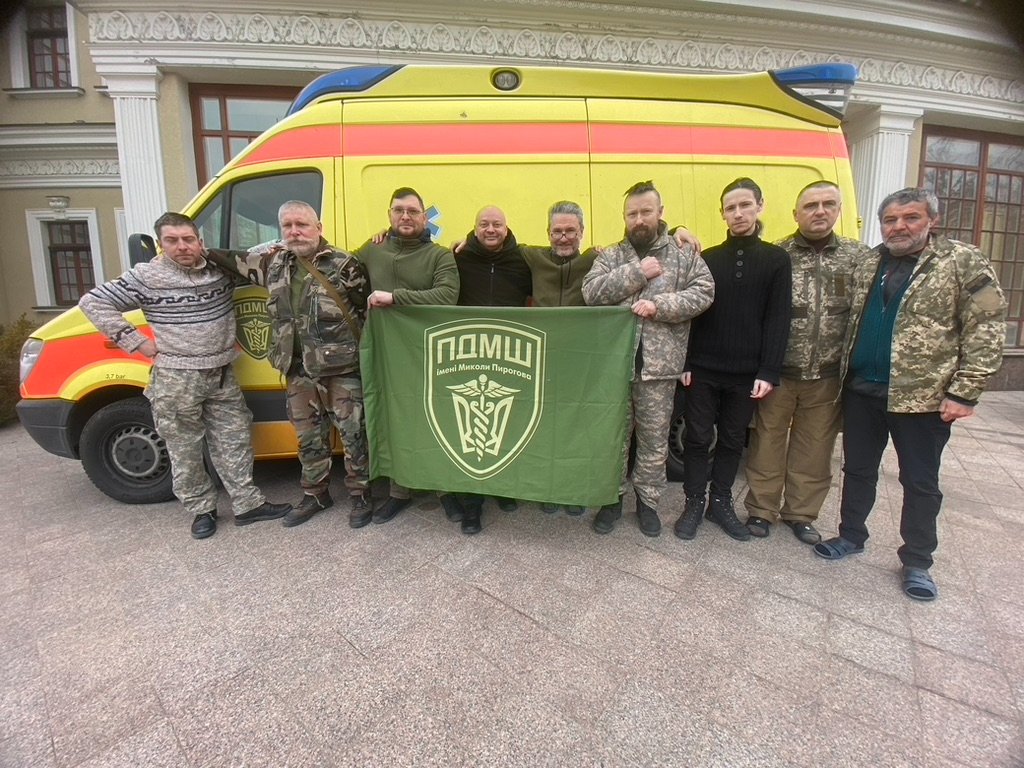 Awards find their heroes. Regretfully, not all

The state machinery works slowly but does work. After the Kyiv Campaign was over, I petitioned the President for awarding volunteers of the Pirogov First Volunteer Mobile Hospital who participated in the defense of Kyiv and Zhytomyr. Exactly two months later, the awards found their heroes.

Regretfully, not all of them… The decree “forgot” about Viktor Belilovets, our friend “Fentanil,” who was with us from 2014 and recently passed away. And not only about him.

However, the second-class Order of Princess Olga went to the infamous head of the capital’s medicine Valentyna Ginzburg. Probably for her “heroic participation” in the Kyiv defense…

God is the judge for all those who draft, endorse, and sign presidential decrees. And I sincerely congratulate all the worthy who saved the lives of others during the Kyiv Campaign at the risk of their own lives:

Svitlana Druzenko, PFVMH medical evacuation coordinator, decorated with the third-class Order of Princess Olga, and those awarded the medal “For Saved Lives”.