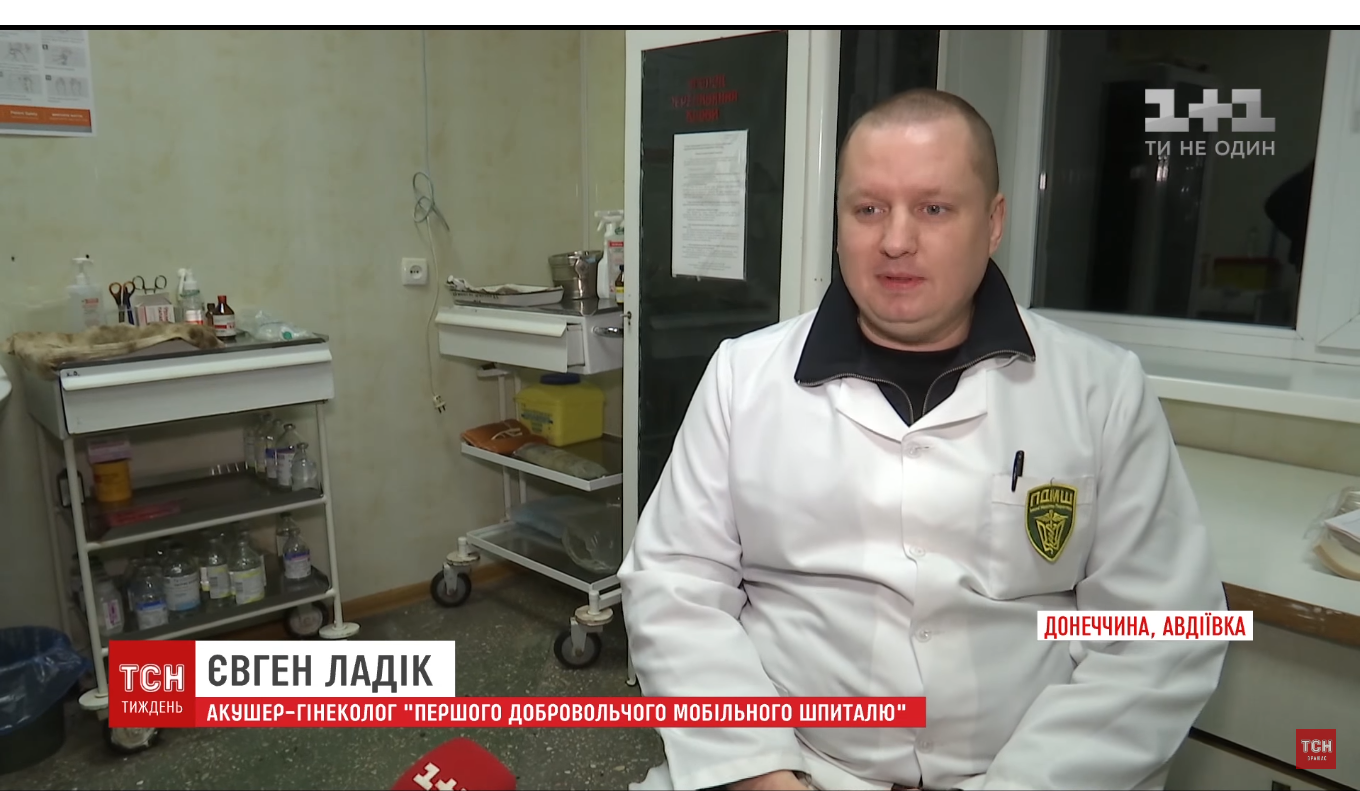 The terrorists have thrice hit residential districts of Avdiyivka, Donetsk Oblast, over the weekend, according to a report by Andriy Tsapliyenko shown by TSN.Week on March 12, 2017. However, the city suffering of the shelling features a real baby boom. Even women who failed to become pregnant before now conceive and give birth. The local hospital’s doctors have had to deliver them in the basement by candlelight.

Does the mortal danger trigger “hidden reserves,” make a human body “cling tenaciously to life” and save its genetic code? Or is it just that the shelling leads to absence of electric power, and…?

Says Yevhen Ladik, PFVMH obstetrician-gynecologist: “The ability to conceive depends not only on a woman but a man as well. Certain hormonal factors are also triggered in men, and women conceive.”

Not only PFVMH volunteers help new Avdiyivans come into the world but they also save the lives of adult residents of the city, which is under constant artillery fire of the enemy. The medics have their own version of why peaceful residents are shelled.

Oleksandr Hahayev, PFVMH Vice President in charge of liaison with the Armed Forces of Ukraine and law enforcement agencies: “To intimidate and force them out of their homes. They do everything to make people leave Avdiyivka.”

However, the intimidation tactics works no more.

Watch the whole report on the TSN YouTube channel: