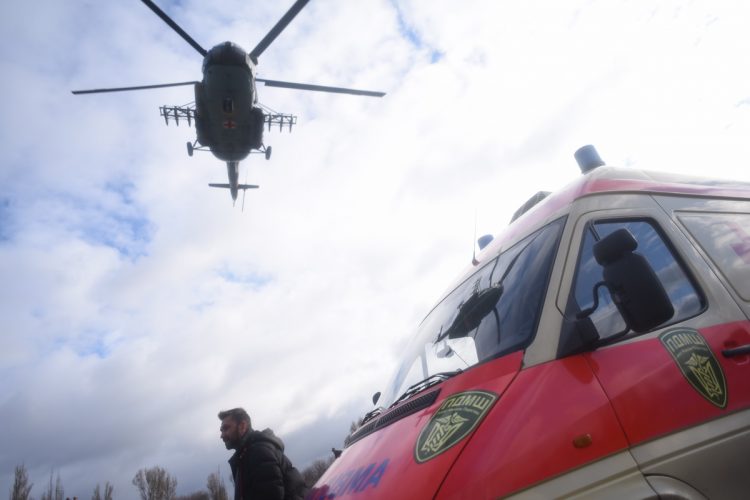 “Banitall virus” in ATO headquarters or Why should you drive medical commandos underground?

It looks like every time the Anti-Terrorist Operation command rotates, the newly-arrived officers catch up a “banitall virus,” which in certain cases makes them act not only contrary to logic but also contrary to written orders of the brass. Here, by “brass” we mean the Defense Minister of Ukraine and the Chief of General Staff of the Armed Forces of Ukraine. A symptom of this virus disease is organic rejection of volunteers in general and the Pirogov First Volunteer Mobile Hospital in particular.

There is a special Procedure for PFVMH Medics Involvement in ATO, which was approved by Defense Minister GA Stepan Poltorak on July 28, 2016. The approval resulted from a report by AFU Chief of General Staff GA Viktor Muzhenko, who, as a matter of fact, had suggested the involvement mechanism based on the quadripartite Memorandum of Cooperation within the Framework of the Project “Pirogov First Volunteer Mobile Hospital” (between the PFVMH, Defense Ministry, General AUF Staff and Health Ministry). One would think, “What questions could a HQ staffer have when there are written orders signed by his commanders of so high ranking?” But…

“When a new chief comes to the ATO headquarter, and it happens every three months, everything begins from a blank sheet,” PFVMH President Gennadiy Druzenko complained on Thursday during a news conference in UNIAN, also attended by Spravedlyvist movement leader Valentyn Nalyvaychenko and PFVMH driver/paramedic, rock musician Andriy Antonenko (Riffmaster). “An impression is that there is no institutional memory, no consistency, no law.”

According to Antonenko, in practice it looks as follows: a medic from the volunteer hospital arrives at the headquarters with a report on involving such and such PFVMH medics, and they just do not take this report.

“I’ve been there [at the HQ] more than once, helping our commander with documents,” he said at the news conference. “On the one hand, people [at the front line] are happy that we are there, but there are a couple of characters who behave like lobbying for someone’s interests.” Andriy even says he happened to hear HQ colonels say phrases like “Who are they? Volunteers? Kick them out! We don’t need them here.”

Antonenko is surprised with such an attitude, because “we do everything at our own expense and under our own steam. We bring there our own vehicles, and our medevac teams do their job free of charge.”

However, is it possible that PFVMH volunteer medics are really not needed in military units in the ATO zone, so they are just getting in the way of the fine-tuned military medical service? During the news conference, Druzenko demonstrated a video on “loafs,” as ambulances are called at the front.

Unlike those at the HQ, combat officers speak of the PFVMH in an absolutely different key. According to Antonenko, legendary MG Ihor Lunyov, Commander of Special Operations Forces, called the PFVMH “medical commandos,” whose rescue job is not mere taxi-like transportation, but they really pull out people from the combat zone. “If not for the PFVMH when we fought for the Donetsk Airport, we would have had a very tough time,” Andriy quoted the commander of the Special Operations Forces, to whom Riffmaster has dedicated one of his recent songs.

The author of this story can also confirm that it is indeed the way combat officers treat the volunteer hospital’s medics. For example, this is what the 30th Guards Mechanized Brigade commander told me in December 2016: “We’ve been together with the PFVMH for over a year now. They have saved two dozen lives of my warriors. They saved even those who seemed hopeless.” And the brigade’s second battalion deputy commander: “The PFVMH medics here are worth their weight in gold. They are very useful and help us a lot.”

According to Oleksandr Hahayev, PFVMH Vice President in charge of liaison with the Armed Forces of Ukraine and law enforcement agencies, only in May and June 2017, and only in one of the brigade’s battalions, PFVMH medics provided aid to nearly 50 servicemen, from a private to a lieutenant colonel.

So they do need volunteer medics at front, who stay there, “illegally” for now, despite all the military bureaucratic barriers. But why should you drive underground medical commandos – the PFVMH, which, according to Druzenko, “was and still is the most systemic and legalized volunteer medical project in Eastern Ukraine”?

“Do it properly, do it yourselves!” called the PFVMH president on military leadership at the news conference. “We’ll go back to our jobs and favorite activities. Andriy composes wonderful songs. I’m a lawyer. The medics are lacking in civil hospitals too. Just do it! If you cannot, don’t stand in the way and turn on the green light. We don’t ask for vehicles, medicines and fuel. We provide everything for ourselves. Give us a legal status. We demand resuming the already-approved procedure for involvement of PFVMH volunteer medics in the Anti-Terrorist Operation.”

This demand was also supported by the leader of Spravedlyvist – the PFVMH’s strategic partner.

Volunteer medics do not let the grass grow under their feet. While the medical commandos do their job at the front “underground,” the PFVMH leaders in the rear try to cure the “banitall virus disease” by drawing in the treatment public, media and lawmakers. A few days before the news conference, MP Serhiy Melnychuk, urged by Druzenko, sent appeals to Defense Minister Poltorak and Chief of General Staff Muzhenko demanding to ensure official monthly involvement of PFVMH personnel in ATO.

P.S. When this story had been already written, PFVMH President Gennadiy Druzenko informed me that, following the MP’s appeals and the news conference, the ATO headquarters contacted him and promised to resume official involvement of PFVMH personnel in ATO. “Let’s wait for official orders on the June mission,” Druzenko said.

Nevertheless, taking into account that the problem mentioned in the story tends to relapse every three months, we decided to go on with publication anyway – let’s consider it a kind of preventive medication for the “virus disease” described in the story.