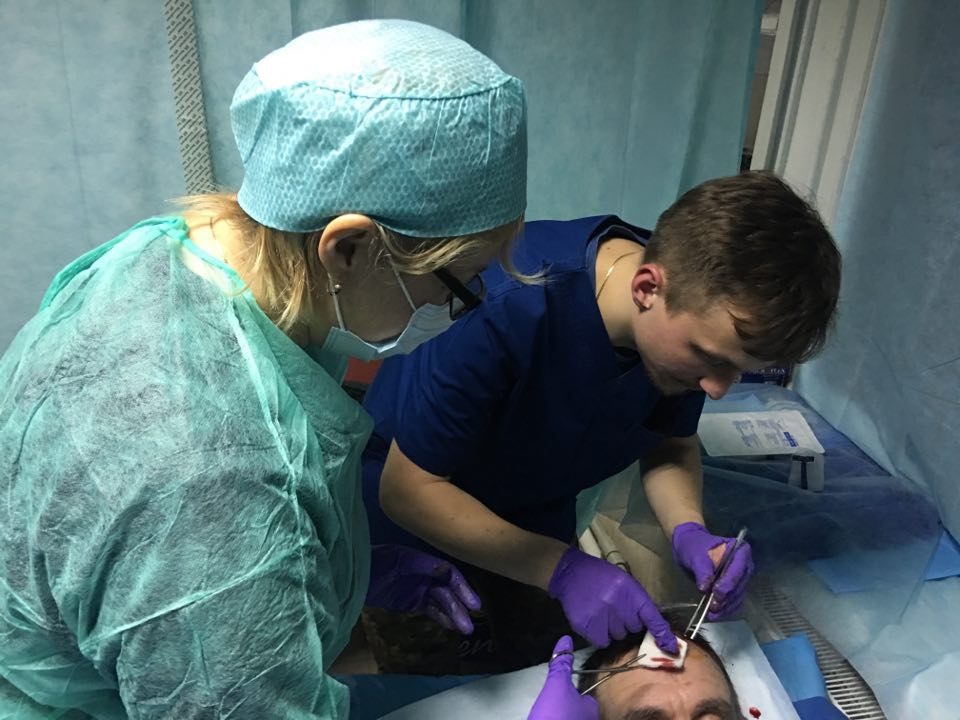 Draft law #8395 to amend the Law of Ukraine “On the status of war veterans and guarantees of their social protection was registered with the Verkhovna Rada (Parliament) today. The bill aims at ensuring fair attitude towards civilian medics who volunteered to work in the armed conflict zone in Eastern Ukraine, making them equal in their rights to military medics.

Five lawmakers, including Andriy Antoschak, Oleh Musiy, Olha Bohomolets, Bohdan Matkivsky and Yevhen Rybchynsky initiated the bill drafted by the Pirogov First Volunteer Mobile Hospital in collaboration with the MPs. Oleh Musiy has published on Facebook a scan of the document, calling it an extremely important draft law. “The medical workers, who at a huge risk of their lives and health in the warfare conditions save our warriors, providing aid to servicemen, law enforcement officers, volunteers and civilian population in the areas of hostilities against Moscovia, must have the same status, benefits and social guarantees, irrespective of whether or not they have a military rank and belong to official troops or other military formations formed under Ukrainian law,” the MP wrote.

“In fact, we’ve received two wonderful news in one. First, a very important step was made to restore social justice in respect of volunteer medics… And the second good news is that, despite a widespread opinion, not all lawmakers are alike. Promising to introduce a bill on restoring fair attitude towards volunteer medics to Parliament two months ago, the bill authors in close collaboration with the PFVMH have it drafted and registered with the Verkhovna Rada. Let’s hope that now both the dedicated Parliamentary Committee and Parliament as a whole will support this extremely relevant and important initiative.”

The PFVMH has long and consistently struggling for making civilian volunteer medics equal in their rights to their military colleagues. A similar bill, drafted in collaboration with the Ombudswoman’s office and initiated by 13 MPs, was registered with VR on Mar. 16, 2017 (Reg. #6202). It was handed to lawmakers for familiarization, and Ombudswoman Valeria Lutkovska even applied the Constitutional Court of Ukraine to support it. A number of media events with Druzenko and “Spravedlivist” movement leader Valentyn Nalyvaychenko were also organized in support of the draft law (last time, on June 29, 2017). However, the bill has never made it to the VR plenary meeting hall. Eventually, it lost its relevance due to the discontinuation of the Anti-Terrorist Operation and the beginning of the Joint Forces Operation in Eastern Ukraine.

Two months ago, during a meeting of the Parliamentary Health Committee, Druzenko asked for lawmakers’ help in the matter. In response, Oleh Musiy and Olha Bohomolets volunteered to initiate amendments to the Law on war veteran status.