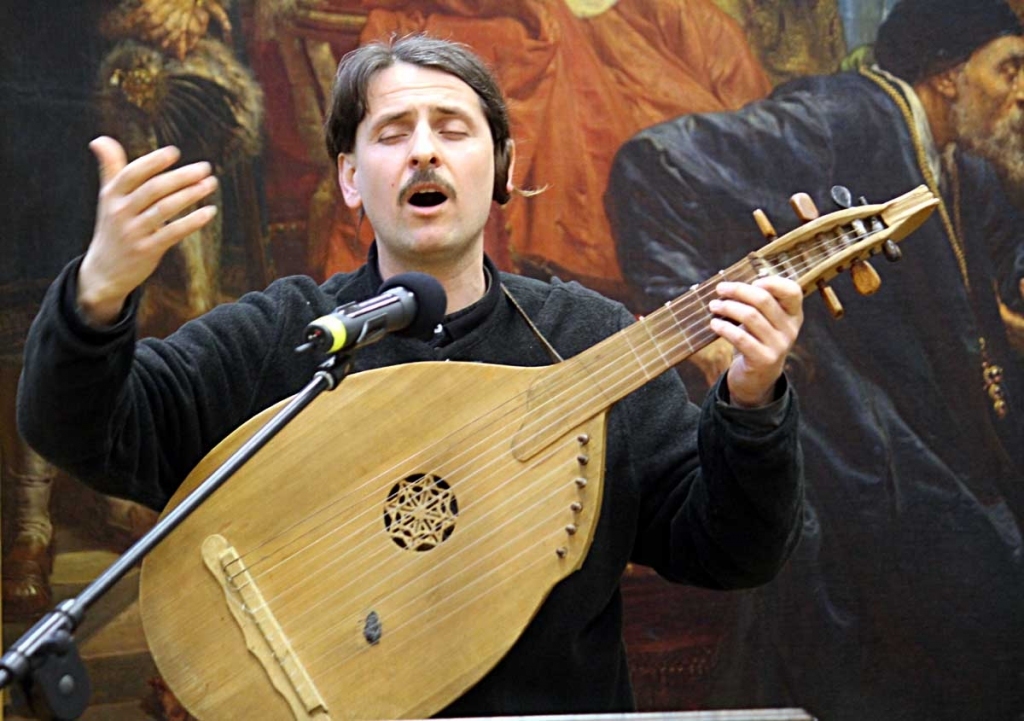 “Buy an Icon — Support the Hospital”: European Tour in Support of PFVMH Launched in Lublin The charitable event in the Polish city of Lublin launched the European tour in support of the Pirogov First Volunteer Mobile Hospital “Icons on Ammo Boxes: the Art that Turns Death into Life.”

The event in the Lublin Castle included exhibition of icons painted on ammunition boxes, performance by renowned kobzar, banduryst and lirnyk Taras Kompanichenko, and charitable auction of the icons. The first piece of art was sold for €600 — a Saint Nicholas icon painted on camouflage fabric. This money will go to support the mobile hospital.

“The auction has a symbolic character,” says PFVMH Board of Trustees Chairman Gennadiy Druzenko, who opened the auction together with Oleksandr Klymenko, one of the authors of the works. “I mean the transformation of death into life by the art. The ammo boxes, on which the icons are painted, must symbolize the death, whereas the hospital, which helps both military and civilians, symbolizes the life,” Druzenko was quoted as saying by Dziennik Wschodni.

The Sunday event attracted attention of the regional channel TVP Lublin, which called the icons “extraordinary and exclusive.” Radio Lublin posted a photo gallery of the event on its web site. In two days, on Apr. 21, the ammo box icons exhibition is opening in the Sheptytsky National Museum in Lviv, to be followed by the auction next day. In April, similar events will be held in Germany, and in May, in Prague and Brussels. The schedule of the charitable exhibitions/auctions in Germany is as follows: