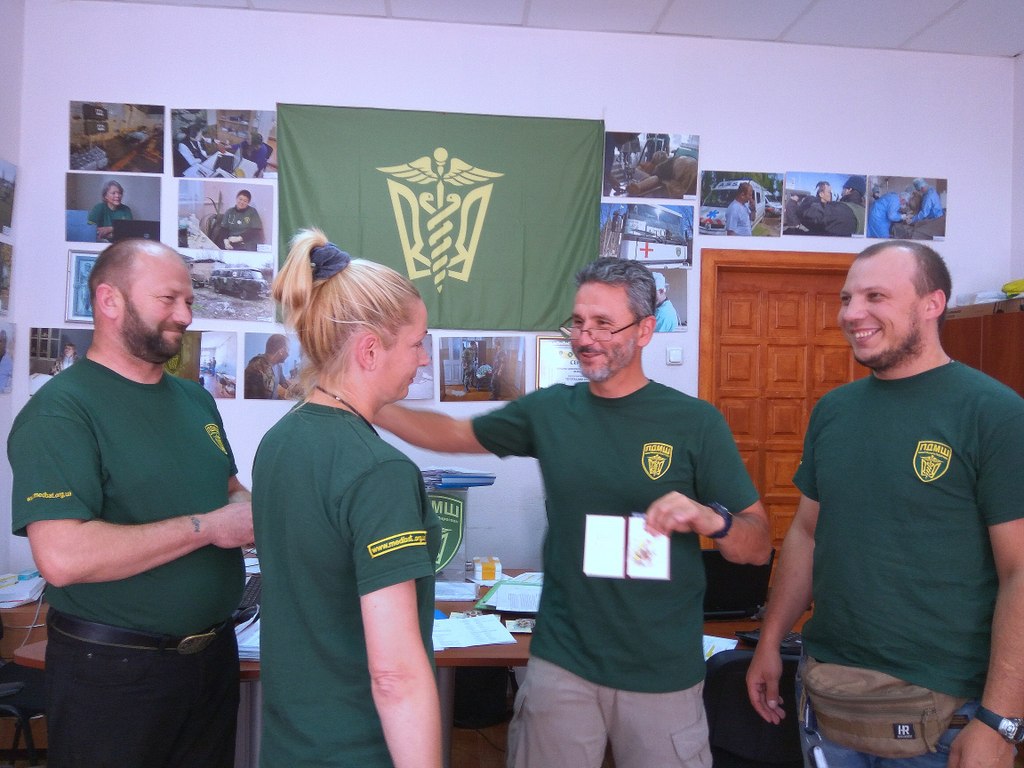 Defense Minister GA Stepan Poltorak has awarded a group of medics of the Pirogov First Volunteer Mobile Hospital “for their significant personal contribution to the provision of specialized medical aid to servicemen of the Armed Forces of Ukraine” participating in the Anti-Terrorist Operation. Order #453, signed by the Minister on July 4, 2017, also mentions the “exemplary performance of their duties” by the volunteer medics and the “high professionalism” they showed. The rest of decorations will be sent to where their holders work – either at their place of residence or in the ATO zone. A complete list of the awardees can be found in the excerpt from the order.

This conferment was initiated by MP Yuriy Bublik, who sent a corresponding inquiry to the Defense Minister, according to the lawmaker’s blog.