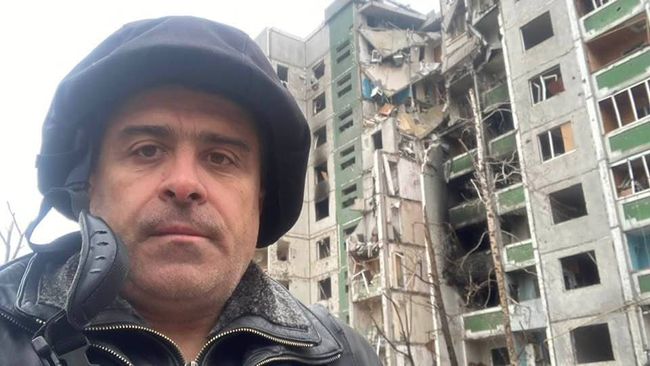 Dmytro Tuzov: “We have to break the chain of russia’s genocide against Ukraine”

The Den newspaper has published an interview with Dmytro Tuzov, a journalist, Radio NV anchor, columnist, documentalist, and political observer. During the war, besides covering and assessing the developments, Dmytro also engages in direct volunteer humanitarian activities. In particular, he collaborates with PFVH whose ambulance crews not only carry out medical tasks but also bring humanitarian cargoes to just-liberated Kyiv suburbs, Chernihiv, and other localities.

The interview began with a question about his feelings and impressions of what he had seen during these trips.

“The impressions are very acute,” says Dmytro. “I understood that I should not only document the Russian federation’s crime but also do something concurrently, so I’m just happy to join the PFVMH mission in various cities. The volunteer medics enter the cities nearly synchronously with the Armed Forces of Ukraine. In one of the episodes, I witnessed how PFVMH evacuated a woman who had not received medical care for a month – she was in a pre-stroke condition. This means that the occupants that came to our cities deprive people of elementary things – people have problems with food and health care.”

Read the entire interview on the Den site.