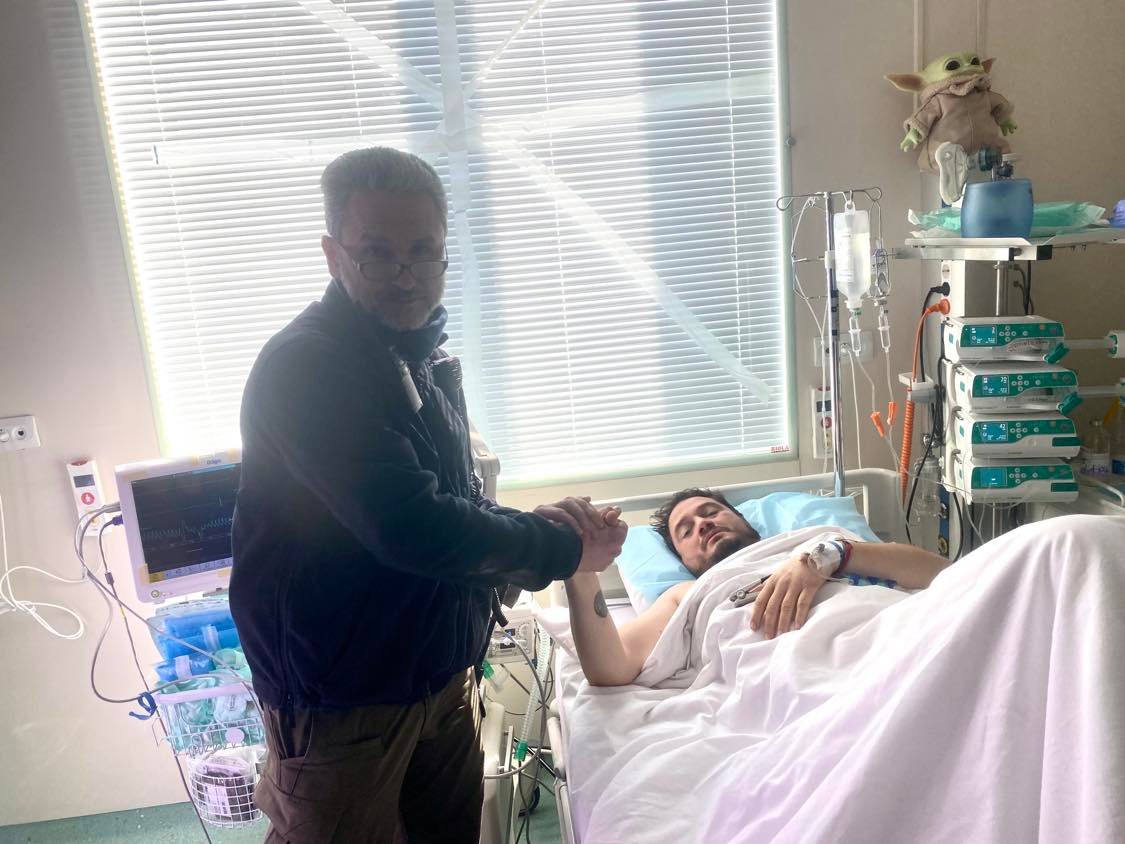 PFVMH Supervisory Board Chairman Gennadiy Druzenko came to the hospital to see the wounded American journalist and brought his and his killed colleague’s cameras and other reporter’s gear.

Juan, a reporter of The New York Times, got a femoral bullet wound near the Irpin Bridge and was evacuated by a PFVMH team. His colleague, award-winning American filmmaker and journalist Brent Renaud, 50, who was next to Juan in the car was fatally shot.