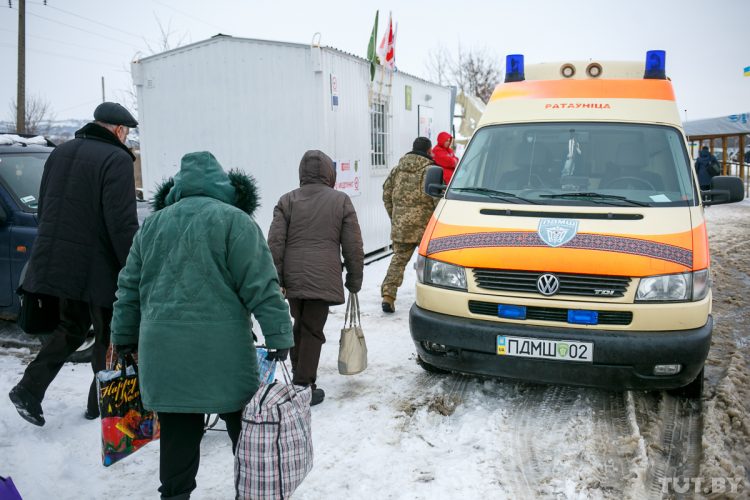 During identification of bodies, phone of one of the killed rang and its screen displayed “Mom”

Part of a story published by Belarus web portal TUT.BY features activities of the Pirogov First Volunteer Mobile Hospital in Eastern Ukraine. Below is translation of that part (photo: Vadim Zamirovskiy, TUT.BY).

The Pirogov First Volunteer Mobile Hospital is the only volunteer project that operates in the Anti-Terrorist Operation Zone in strict compliance with Ukrainian legislation. The volunteer doctors who come to the front have unique experience in disaster medicine. Many of them are here not for the first time. A total of about 200 volunteers have visited the ATO zone. During the mobile hospital’s continuous work in the ATO zone, it provided assistance to over 10,000 patients. In 2014-2016, the hospital worked in Donetsk and Luhansk Oblasts. In the fall of 2015, the PFVMH also extended its activities to peaceful regions of Ukraine.

Its history goes back to 2013. At first, medical teams helped Maidan participants, and then a group of volunteer doctors began forming a mobile hospital. They recruited volunteer medics, trained them in the principles of tactical medicine, and raised funds to buy transport and make mobile operating rooms. By the way, two ambulances were bought with assistance of people from Belarus.

A small medical party of volunteers is based near a military unit in Volnovakha. The guys say that, happily, now there are no seriously wounded. The front line runs a bit further, so their duty does quietly.

“Let’s keep our fingers crossed,” says one of the doctors.

Asked why they need to be on duty near the front line, they answer that they merely understand they are needed here.

“Of course, there was epinephrine and some patriotism in the beginning. Now I clearly understand that my presence here is just necessary,” says Viktor Belilovets, anesthesiologist and resuscitation expert of the Urology Institute within the Academy of Medical Sciences of Ukraine, who has done several missions in the conflict zone.

“What of the war has most strongly stuck in your memory?”

Viktor does not answer immediately, pauses for a few seconds, and only then starts speaking:

“You know, the scariest moment was in the very beginning of the tumult when we attended identification of bodies and the phone of one of the killed guys rang. I took it mechanically, and its screen displayed ‘Mom’. I had no guts to answer the call,” he says.

We have a long conversation – on the necessity for Ukraine to change its health care system, and on that the country already has many of those who have been in action and are in need of skilled psychological care.

At some point, people drop in the trailer, got surprised when offered hot tea, decline, and hastily leave.

The doctors shrug – not accustomed. Ukrainian servicemen also pop in from time to time to get warm with hot tea – it is cold to stand outside all day long. They say that there is nothing to be afraid of here, near Volnovakha, and also that you can get into the way of things.

“People in the localities near which there were hostilities have left but they always wanted to come back home. They have been living in this constant expectancy. And only now many of them have begun understanding that this can drag on like that a long time.