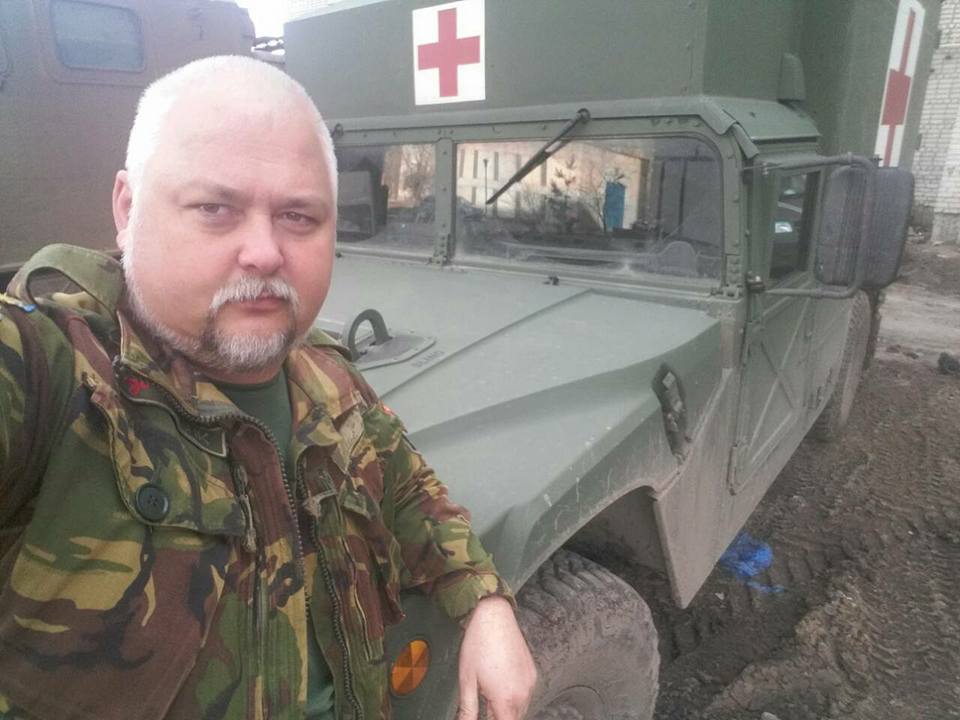 Yesterday night, a doctor of the Pirogov First Volunteer Mobile Hospital’s evacuation team within a military vehicle crew went for evacuation of a wounded soldier. Happily, the wound was not too serious, and after examination the warrior was promptly delivered to a hospital.

“There was nothing especially serious – a tangential wound,” Vadym Kozlovsky reported. “The warrior was sensible, and his dynamics was stable. We just examined him and delivered to the hospital. Before our arrival, he had been given adequate first aid: anesthetized and bandaged, and two tourniquets had been applied. Although, theoretically, there was no need for a tourniquet at all – the big vessels were not damages and a tight bandage would have been enough.”

In his peaceful life, surgeon Vadym Kozlovsky is a Deputy Head Physician of the Smila Central District Hospital in Cherkasy Oblast. The current monthly mission within the PFVMH, which began on Apr. 1, is his fifth and first with medevac. Also the first was yesterday’s evacuation.

“It was the first time [in April] we went for evacuation. Before that, we had gone to provide aid not related to combat injuries, for example, to take dental patients. But like that, at night, in a vest and with a helmet – the first time,” the doctor said.

According to Vadym’s observations, there is aggravation at the front section he is stationed: “The rumble has become more active the last few days. They [Russian forces] used to shoot a little earlier, and yesterday they covered us from five in the evening to the morning. Fired from everything – from mortars to machine guns.”

He presumed that this aggravation might be connected to the improvement in the weather conditions: “The first five or six days in April, it was cloudy, rainy and windy. The last three days, it is sunny. Everything has dried up, and so the mobility appeared.”