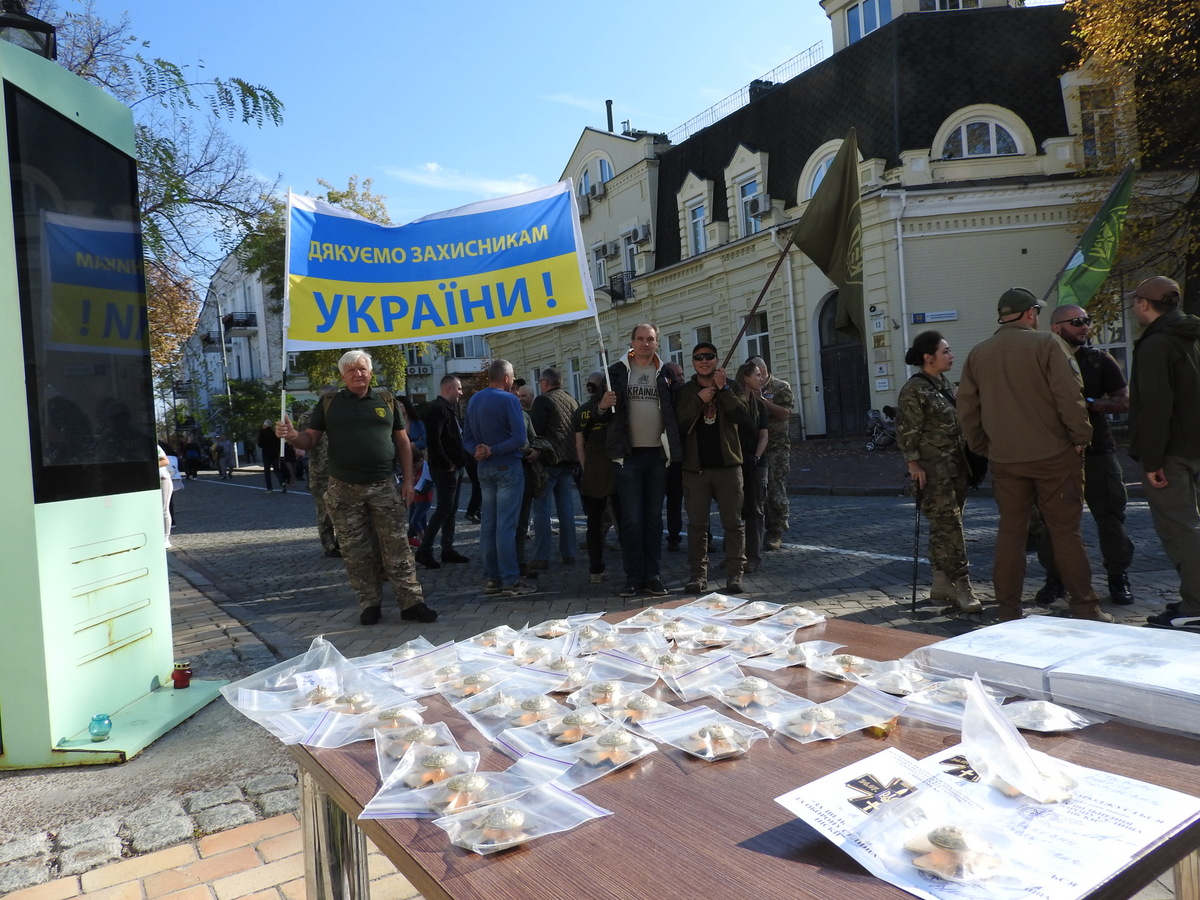 Five Pirogovites decorated by a veterans’ union for Pisky liberation

On Ukraine’s Defender Day, Oct. 14, five participants in the Pirogov First Volunteer Mobile Hospital together with their brothers in arms received memorable orders “For Liberation and Defense of the Village of Pisky” from the All-Ukrainian NGO “Union of Ukrainian Law Enforcement Veterans and Staff ‘ZVYTYAHA.’”

In the Mykhaylivska Square of Kyiv, near the Wall of Remembrance for those fallen for Ukraine, the awards were handed to Oleksandr Hahayev, Vitaliy Mashkov, and Anatoliy Stodola. Oleksandr Hahayev also received the orders on behalf of Roman Kordysh and Mykhaylo Dubko, who were not able to be present at the ceremony.

The village of Pisky, a Donetsk suburb, is one of the hot spots of the Russian-Ukrainian war. Especially hot battles at Pisky happened in the fall and winter of 2014/2015 during the heroic defense of the Donetsk Airport, a few kilometers from the village.