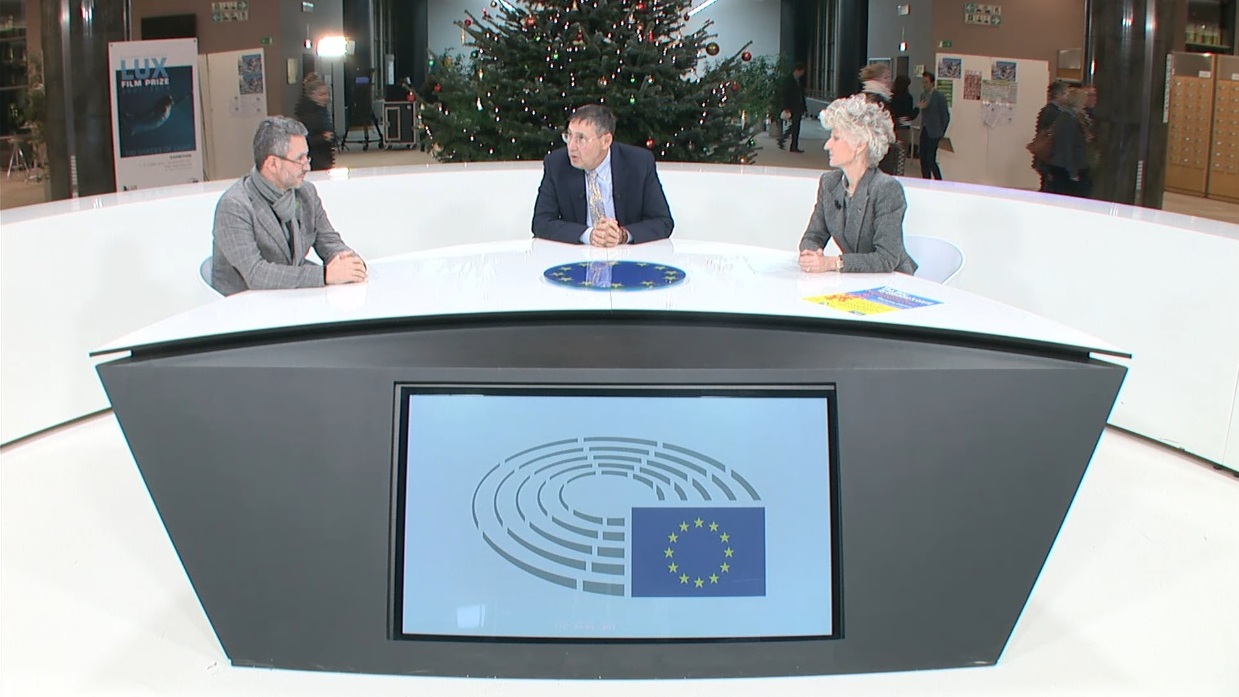 Forgotten war: we’ll either win it together with the west or lose it together – PFVMH President Druzenko

What is happening in Eastern Ukraine is not only a war between Ukraine and Russia with pro-Russian separatists but a war for the basic values on which the Western civilization is founded, the president of the Pirogov First Volunteer Mobile Hospital said. Gennadiy Druzenko made this statement in a conversation with John Edward Herbst, Director of the Atlantic Council’s Dinu Patriciu Eurasia Center and former U.S. ambassador to Ukraine, and Anna Maria Corazza-Bildt, Member of European Parliament and a member of its Inter-Parliamentary Delegation to Ukraine.

Thanking Western partners of Ukraine for their support and solidarity, Druzenko stressed that Ukraine needs “more signs of this solidarity for the conflict in its East to be not a forgotten war”.

The conversation, video-recorded by the Atlantic Council, preceded the beginning of a conference on “The War in Ukraine’s East: The Military Conflict, Diplomacy, and the Humanitarian Crisis.” The conference was staged by the Atlantic Council’s Dinu Patriciu Eurasia Center on Nov. 29, 2016 in the European Parliament in Brussels. Gennadiy Druzenko was one of the event’s speakers as an advisor to Ukraine’s Health Minister. Anna Maria Corazza-Bildt wound up the conference with closing remarks.

Herbst outlined the discussion topic as the “awful humanitarian crisis that has erupted in Ukraine as a result of the Kremlin’s aggressive war in Donbas.”

According to Corazza-Bildt, some of EPMs “are very committed to put the forgotten war at the highest level on the political map.” She called Russia’s aggression a hybrid war that is also an economic war and a propaganda war. “It has affected 3 million people that are now in need of humanitarian aid,” she said. “Humanitarian convoys still don’t have an access to Donbas. There are crimes and human rights violations that are constantly perpetrated.”

Explaining Europe’s insufficient attention to the “forgotten war in Ukraine,” she pointed out that the European Parliament “should be able to be multitaskers and deal with several crises at the same time.”

“One of the reasons [of the insufficient attention] is because Europe unfortunately is divided, and the war in Eastern Ukraine has been kidnapped by the overall relationship between the European Union and Russia. Some of the member states feel that there is still a possibility to have some kind of positive solution with Putin. Others consider that we need to see the deeds and the Minsk Agreement, which at the moment is basically going nowhere, implemented by the Kremlin,” Corazza-Bildt said. She also reminded of the illegal annexation of Crimea, “which is even more forgotten than the war in Ukraine and which is also unacceptable for Europe.”

Druzenko also briefly reported on activities of the PFVMH and told how its volunteer medics, by their skilled work and delicate attitude toward patients from both sides of the front line, make bridges of understanding between people from Ukraine’s East and other regions, as well as counteract Russian propaganda. According to Druzenko, the PFVMH is “probably the most ambitious project that has taken care of more than 10,000 people, both combatants and civilians.”

“Started as a purely medical project to support first of all the Ukrainian Army and then civilians as well, we now see the unpredictable result – we have become a powerful reconciliation tool,” the PFVMH leader pointed out.

By the end of the conversation, Herbst also noted that probably because of the fact that Ukraine has taken care of its internally displaced people, maybe not up to a desirable level, Europe is not faced with a wave of refugees from Ukraine. He suggested that it could “contribute to this crises being a forgotten war.”