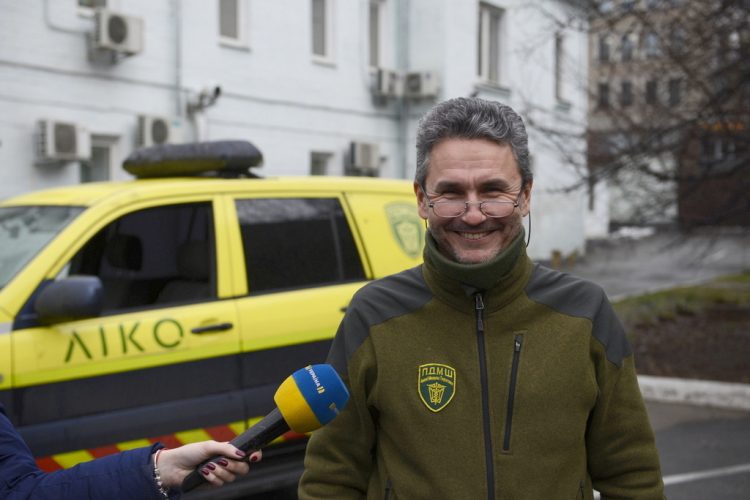 Gennadiy Druzenko: “A pediatrician near the front line ensures loyalty of peaceful population”

Doctors of the Pirogov First Volunteer Mobile Hospital not only improve provision of medical services to population in the ATO zone but also restore hope in people in Eastern Ukraine, PFVMH President Gennadiy Druzenko told reporters. He made this statement before shipping books that had been collected by Kyivans for Eastern Ukraine in the “Collect Books for Hospitals at the Front” action.

“Today, the PFVMH is entering its fourth year of work in Eastern Ukraine and sends its 35th civil mission to the ATO zone. We have exceeded 30,000 patients and 400 volunteer medics,” Druzenko said.

According to him, not only do PFVMH doctors improve medical service where it is on the downgrade but they also restore hope, because unlike the situation with military medics, which has improved comparing to 2014 and 2015, that with civil medics has not changed. “For example, the head physician of the Popasna Central District Hospital for the third year has been keeping keys to a two-room apartment but doctors don’t want to go there even for the ready housing. It is because the salaries in Popasna, Stanytsya Luhanska and Schastya are same as near peaceful Kyiv. It is just this gap that PFVMH medics fill up,” Druzenko said.

He also said that it is very difficult to explain to the military that a pediatrician near the front line ensures loyalty of peaceful population.