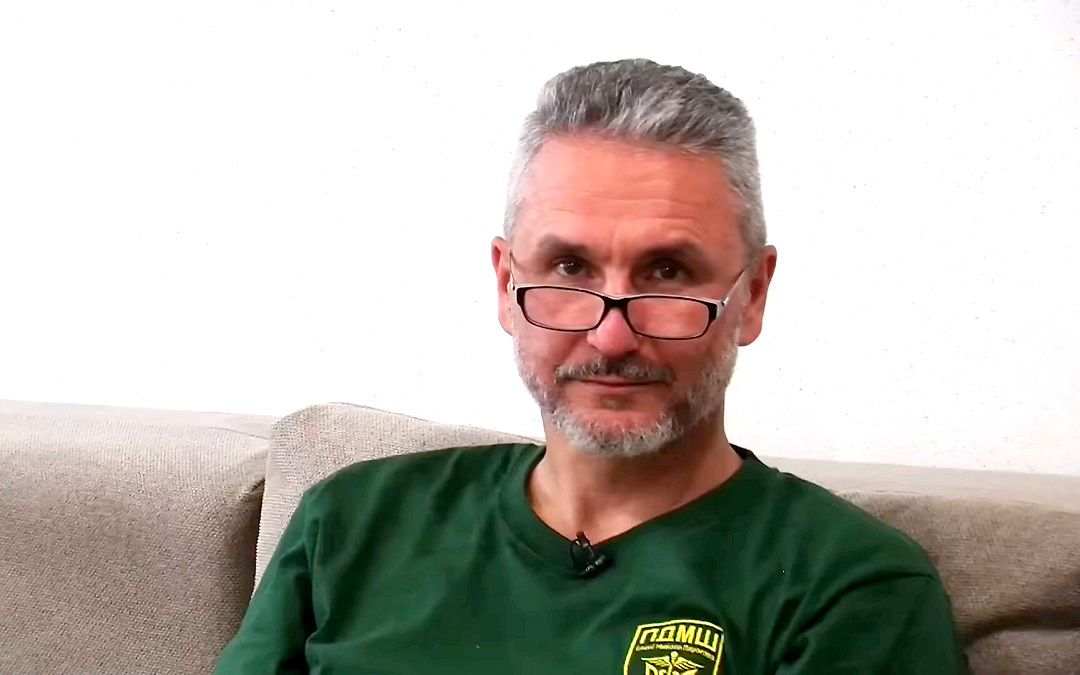 The gallery of “video portraits” of PFVMH volunteer medics, skillfully “painted” by journalist Dmytro Tuzov, clearly lacked an important one: Gennady Druzenko. Formally, Gennady is a co-founder of the mobile hospital and the chairman of its Supervisory Board. In fact, he is the heart and soul of PFVMH. And this is not an exaggeration. Therefore, instead of a “portrait” of the international lawyer Gennady Druzenko, the interview turned into a “portrait” of the Pirogov First Volunteer Mobile Hospital.

(Nevertheless, one can find a detailed biography of this extraordinary personality and learn about his views on this very website – something worth reading.)

In the video, the PFVMH leader reports on the results of volunteer doctors’ two-month work in the east of Ukraine: Bakhmut, Slovyansk, Chasiv Yar, Dobropillia, Myrnohrad, Pavlohrad, and other cities. In the first month, medical assistance was provided to more than 500 military and civilian patients, and in the second, to nearly 450. Gennadiy explains this difference by the fact that PFVMH had to retreat from Bakhmut, where there was a large flow of the wounded after the bombings, to Dobropillia, where this flow was much lesser. “Unfortunately, the current mission will bring a higher number,” says Druzenko. “Behind these dry numbers are people’s lives, their families and friends, those who love them, and whom they love.”

He recalls a young fighter whose heart stopped three times with apparent death, and it was only thanks to the PFVMH doctors that he did not prematurely leave for the next world. As it turned out, that day was his birthday.

He recalls an eight-year-old girl from Pryvillia, a few dozens of kilometers from Lysychansk, who was playing outside with her 12-year-old sister and two boys and came under artillery fire. The boys were killed on the spot. The older one let her younger sister go first into the cellar and could not be saved. The younger one was taken to the hospital in Dnipro by PFVMH medics, and she survived.

Gennadiy takes particular pride in saying that PFVMH has been finally given official status in the war, for which he has fought for the last eight years. “So, from now on, PFVMH is part of the defense forces of Ukraine!”

More in the video: