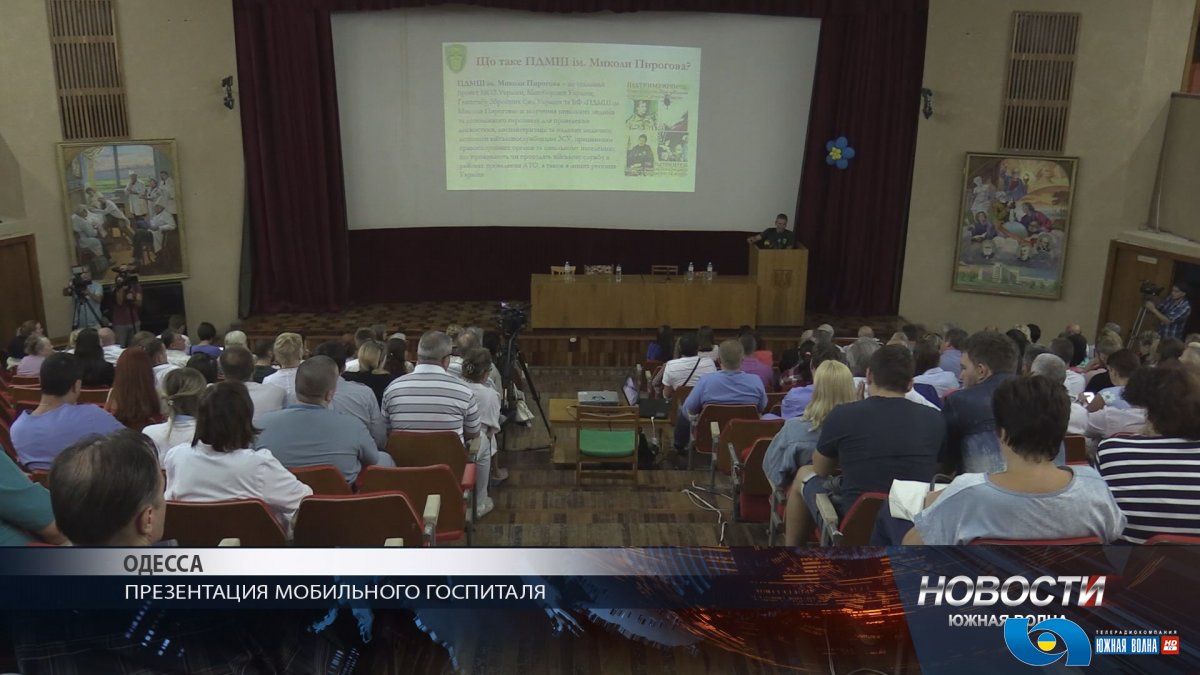 Gennadiy Druzenko: “Nobody helps establish peace on Ukrainian land as much as those who heal and cure do”

The last presentations of the Pirogov First Volunteer Mobile Hospital were made by its cofounder and leader Gennadiy Druzenko yesterday and today in Odesa – at the Odesa Oblast Clinical Hospital and the Odesa National Medical University. As usual, the PFVMH president told about the project, its legal framework and conditions for participation of volunteer medics.

Yesterday’s presentation excited quite an interest of the Odesa media. The Yuzhnaya Volna TV & radio company reported that a “great number of physicians gathered” to attend the event, not only those working in Odesa but also representatives of medical institutions outside the city.

“Nobody helps establish peace on Ukrainian land as much as those who heal and cure do. Where bullets whistle and shells burst, doctors, nurses and paramedics are badly needed” Novocti Odessy quoted Druzenko as saying.

Odesa’s 7th Television Channel mainly focused on the PFVMH’s efforts to equalize volunteer doctors, who work in the Anti-Terrorist Operation Zone, with military medics in their rights.

Today, Gennadiy Druzenko delivered two presentations in the Odesa National Medical University: first at a session of its Scientific Board for about 100 faculty members, and then for about same number of sixth-year students.

During the presentation at the Scientific Board session, Druzenko on behalf of the PFVMH handed a Golden Scalpel “Honor and Respect” to the mobile hospital’s veteran Oleksandr Tkachenko, professor of the university recently granted the title of Honored Physician of Ukraine.

The PFVMH president also met with the university’s leadership to discuss further cooperation.