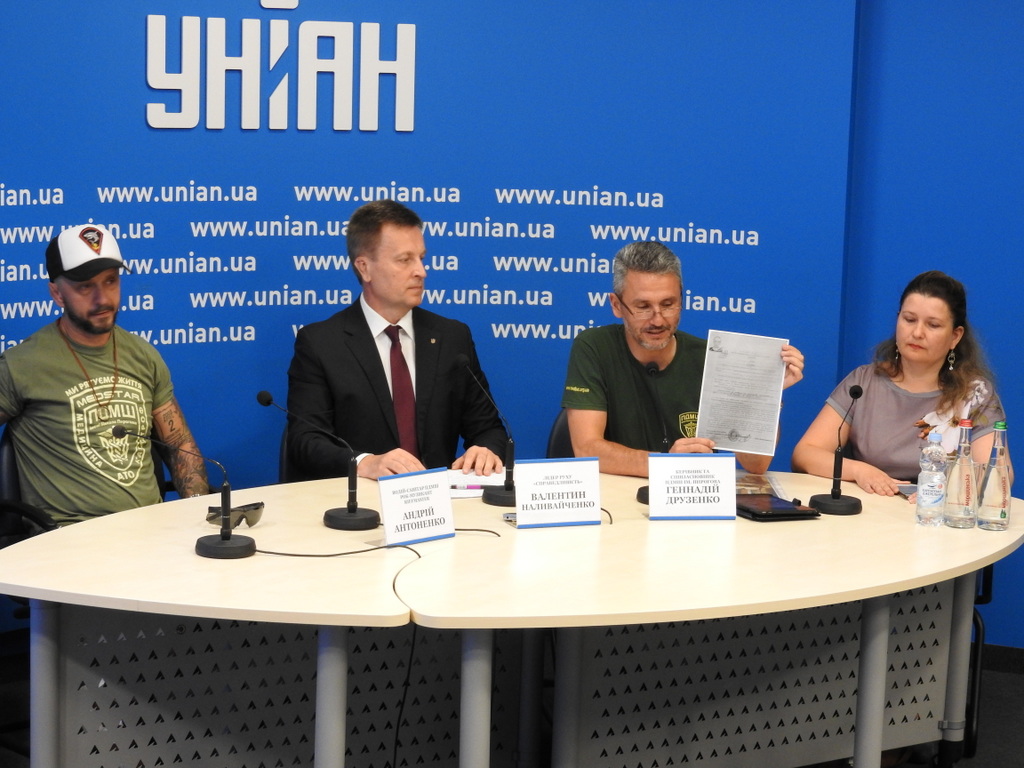 The long fight for granting Ukrainian citizenship to former Russian national Olga Siminova has been crowned with success – the day before yesterday, she received a certificate of “registration of the person as a citizen of Ukraine” in accordance with Decree of the President of Ukraine #67/2017 dated March 17, 2017. Pirogov First Volunteer Mobile Hospital President Gennadiy Druzenko made this announcement during a news conference in UNIAN on Thursday, demonstrating a copy of the certificate. He said Olga was once a volunteer medic with the PFVMH, and for about a year now she has been a servicewoman of the Armed Forces of Ukraine.

Druzenko briefed the audience on the history of this fight, which began in April 2016 and was joined by the mobile hospital’s strategic partners Spravedlyvist as well politicians, media, MPs, civil society activists, acting Health Minister and Ombudswoman. He reminded that Olga was granted citizenship for her outstanding services to Ukraine. “She is really entitled to it, since she has poured blood and sweat over this land,” he pointed out.

He also drew reporters’ attention to the fact that the Presidential Decree on citizenship was signed on March 17, and not a single official troubled to inform Olga of it in the three months that followed.

“This raises a question of values we are fighting for,” Druzenko said and added that being a European nation means that the state serves a person, not vice versa.

Olga Simonova came to Ukraine from Chelyabinsk, Russia, in late 2014. In April to September 2015, she worked as a PFVMH evacuation team paramedic in Eastern Ukraine. Before that, she was a volunteer medic with the Pivnich (North) military unit and the Zoloti Vorota (Golden Gate) special police patrol service, and from September 2015 to March 2016, with the Dnipro-1 regiment. In Ukraine, she has a status of participant in active service. The last fall she signed a contract with the Armed Forces of Ukraine.

On Feb. 20, 2017, PFVMH President Gennadiy Druzenko and Spravedlyvist movement leader Valentyn Nalyvaychenko held a joint news conference at which they demanded granting Ukrainian citizenship to Olga Simonova and making those who protracted the issue accountable.