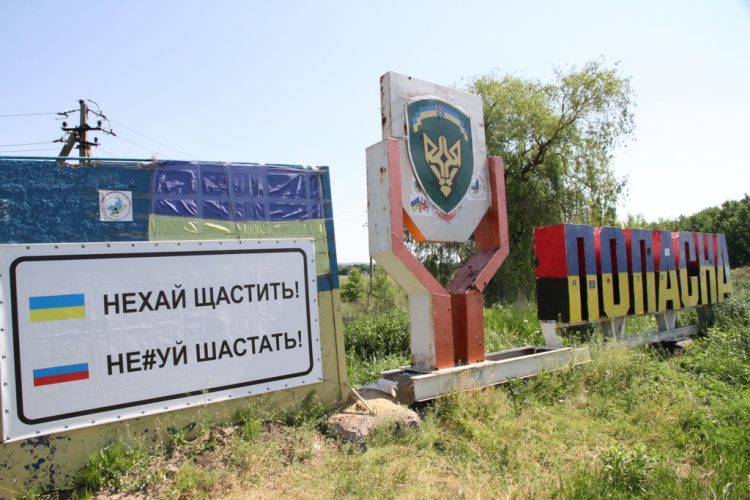 The monthly missions of the Pirogov First Volunteer Mobile Hospital’s medics to Eastern Ukraine not only help reinforce the health care service in front-line areas but also allow doctors from different parts of Ukraine to share their experience and thoughts of the functioning of the medical aid system in the country. Despite their huge workload, the volunteer medics even find time for analytical, research and inventive exercises.

Last October, there were two surgeons / head physicians simultaneously working in the Popasna Central District Hospital, Luhansk Oblast: Oleksandr Kovalchuk, Head Physician of the Popasna CDH proper, and Olesandr Andriytsev, Head Physician of the Malyn City & District Center for Medical and Sanitary Aid, Zhytomyr Oblast. Their joint work resulted – besides treated patients – in two analytical papers: “A comparative characteristic of the results of detecting diabetes and its complications at the Malyn CDMSA of Zhytomyr Oblast and the Popasna CDH of Luhansk Oblast “ and “Organization of scheduled and emergency medical aid in an ATO CDH.”

In the first paper, the authors compare the results of detecting diabetes and its complications at the health care institutions of the two districts 800 kilometers apart. They come to conclusions that early detection of this disease, at the stage of impaired glucose tolerance, is important as prevention of complications, including surgical complications, as well as that it is necessary to continue implementing the general family medicine practice further on.

The second paper shows how the war in Eastern Ukraine has affected the provision of emergency aid in the Anti-Terrorist Operation area. The authors share their experience in organization of this aid in the current circumstances.

Although these papers concern the PFVMH only indirectly, they contain information that probably characterizes the volunteer doctors’ efforts, too. Let us look at the charts of diabetes case rates and death rates in Malyn and Popasna Districts.

As can be seen on the left chart, before the war and after Popasna was liberated and the situation there more or less normalized, the diabetes case rate statistics in its district was in fact identical to that of the district in Zhytomyr Oblast. It is clear that in the situation of stresses induced by the battles of 2014, the case rate rocketed.

On the right chart, the diabetes death rate in Popasna District before the war was somewhat higher, but after its surge of 2014 not just “fell into place” but, in a good sense, “caught up” with that in Malyn District.

It was just since 2015 that PFVMH medics have been permanently working in the Popasna CDH by rotation. We certainly do not assert that all credits for this substantial death rate reduction must be given to them. However, we are sure that the contribution of volunteer doctors to it is quite essential.