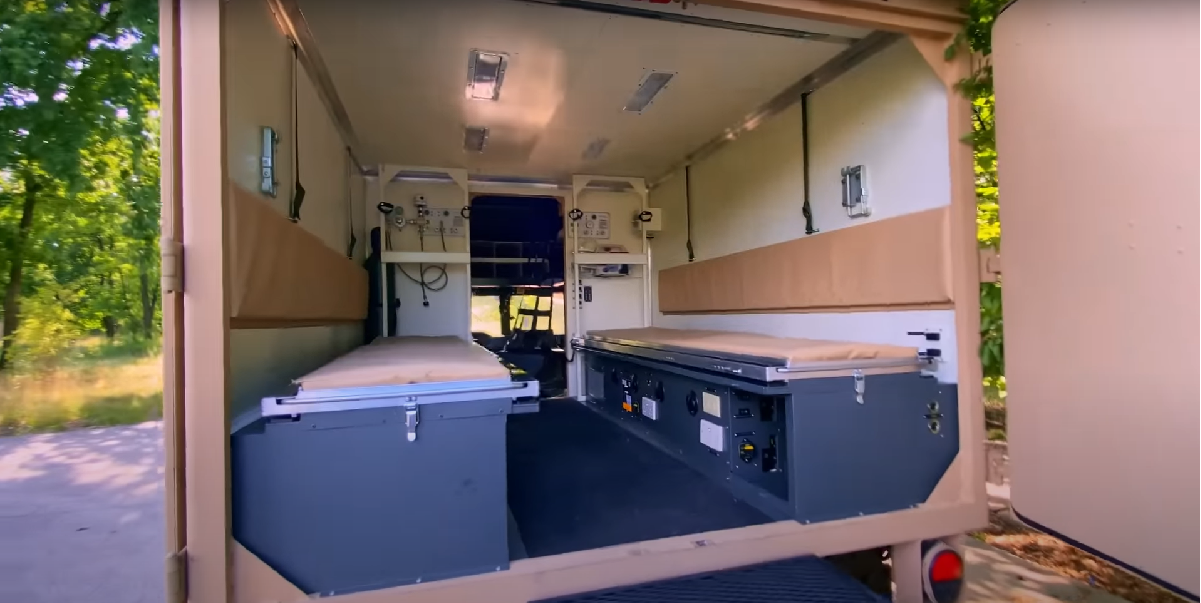 Humvees for PFVMH: inside and outside

In a new video, PFVMF leader Gennadiy Druzenko unveils details about the two sanitary HMMWV vehicles the volunteer hospital received from a benefactor who had asked not to disclose his name.

Druzenko calls the vehicles a “dream of any combat medic” engaged in the evacuation of wounded soldiers from the frontline. Unlike secondhand ordinary ambulances PFVMF usually receives (and many thanks for them too!), these Humvees, priced at over $400,000 each, are brand new, made in February 2022 – the same month the Russian orcs launched their full-scale invasion of Ukraine.

But what is most important, they are designed for combat use in terms of their cross-country ability, run flat tires, general durability, and dimensions. Already stuffed with necessary equipment, the vehicles’ 12V, 120V, and 230V power supply allows plugging in any additional medical device. Each Humvee can accommodate four wounded soldiers. The aisle between bunks is wide enough for two medics to move without colliding and stepping on each other’s feet.

Druzenko also tells the history of the donation. “This person heard my interview on one of U.S. channels and contacted me – not through an assistant or some intermediary but directly. He found my private email and wrote me a letter. And he is the founder of one of the world’s largest logistics companies.”

See and hear more in the video: