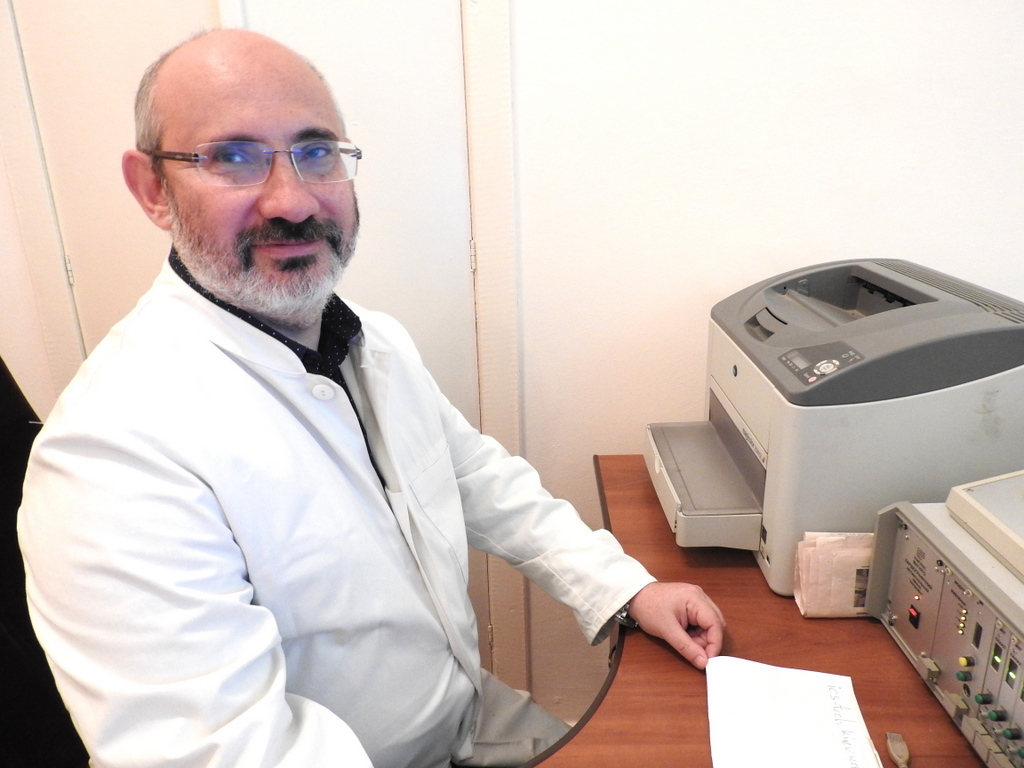 Illya Chaykovsky, Ph.D., is a medical cybernetics expert and a functional diagnostics doctor in cardiology. He works as a senior research worker at the Glushkov Institute of Cybernetics within the National Academy of Sciences of Ukraine. And he is also the scientific director at the Pirogov First Volunteer Mobile Hospital. An occasion for the interview with him was his idea of a new project in conjunction with the PFVMH: implement field labs in the Armed Forces of Ukraine to determine not just a soldier’s condition but also his ability to pull military missions in extreme situations.

Illya turned out to be a very interesting party and a very modest person despite all his regalia (discussed below). Speaking about his work, he almost never says “I” – it is always “we.” So I had to ask: Who are “we”? “We have a group of up to 15 persons. I even cannot tell you who is leading it – each one on his or her side. I am in charge on the medical side. Another person, on the technical side. Others, on the software side. We have full democracy,” Illya explained.

We met in one of offices of the National Military Clinical Center. (There is an agreement on cooperation between the Cybernetics Institute and the Center, signed before the war. It was just Illya Chaykovsky who initiated entering into this agreement.) The furnishings in the office are quite Spartan: two tables and a couch, the place of honor being given to a huge apparatus like it would be to the iron throne of Westeros kings. As I learned later, this monster had been developed by the abovementioned group at the Cybernetics Institute and was at the cutting edge of the world’s cardiologic diagnostics.

The interview began with congratulations, since a month ago the Royal Society of Medicine, established in London in 1808, elected Illya Chaykovsky as its fellow.

Read the interview with Illya Chaykovsky in Ukrainian.