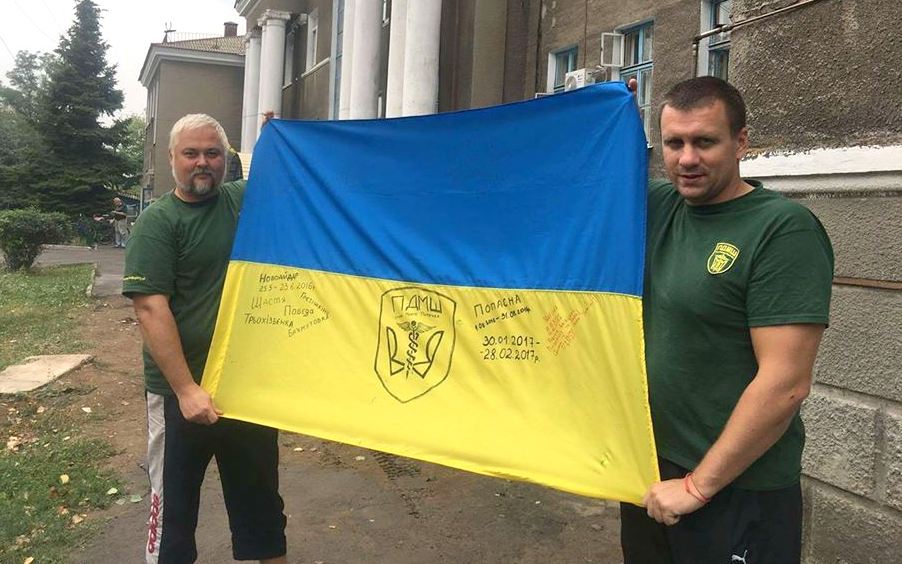 Twenty medics of the Pirogov First Volunteer Mobile Hospital spent the last summer month working in hospitals of Luhansk Oblast’s Popasna, Stanytsya Luhanska and Novoaydar as well as in evacuation teams at the front. According to their individual reports, submitted on the completion of the 29th PFVMH mission, they provided medical aid to nearly 2,000 patients, including over 100 servicemen of the Armed Forces of Ukraine.

The volunteer doctors performed 229 surgical interventions, including 13 capital and 12 urgent operations, in civilian hospitals plus 10 more primary wound surgeries by medevac teams. Eighty endoscopic examinations were carried out on 72 patients. Of 914 women surveyed by the gynecologist, a cervical premalignant condition was found in 51 of them and five cased of genital cancer diagnosed.

It should be mentioned that the total number of patients is not identical to the number of people, since one person could see several medics each of whom counted such a person as his or her “own” patient. Besides treating “peaceful” diseases of servicemen, the evacuation teams attended four wounded and three shell-shocked warriors, carried out five evacuations and delivered 127 hours of training in tactical medicine. Unfortunately, the life of one of Ukraine’s defenders could not be saved.

Now, 24 medics participate in the ongoing 30th PFVMH mission in Eastern Ukraine, including 14 in the evacuation teams and 10 in the hospitals of Popasna, Stanytsya Luhanska, Bilokurakine and Schastya.