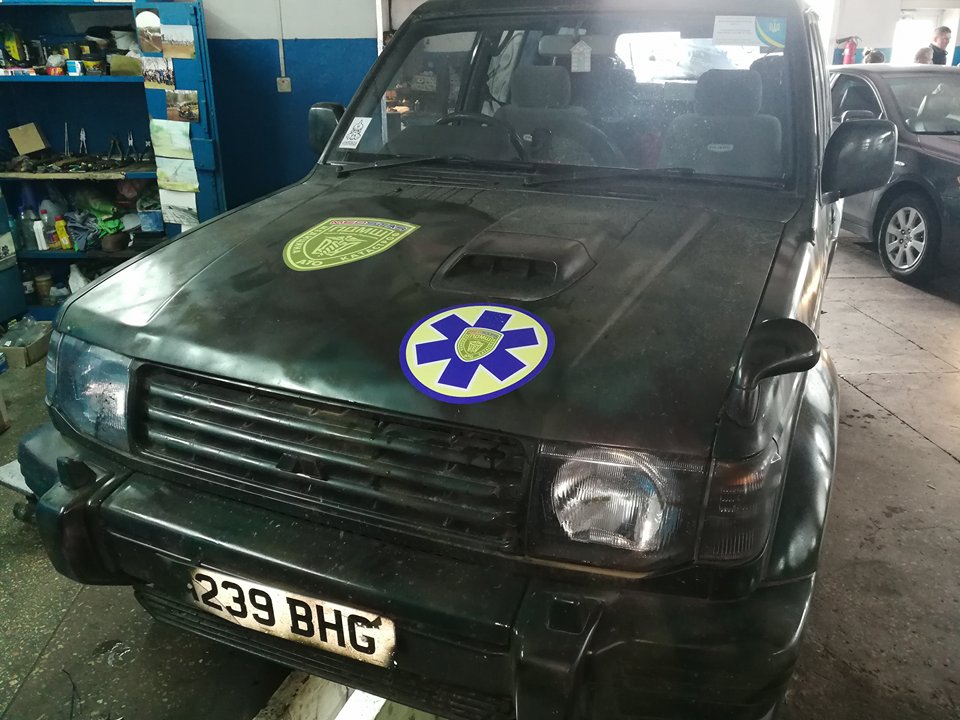 In Uman, Mitsubishi Pajero Wagon given to PFVMH medevac as present

Today in Uman, Cherkasy Oblast, the head and cofounder of the ATO Charity Foundation, Oleksandr Oliynyk, gave over a Mitsubishi Pajero Wagon to the Pirogov First Volunteer Mobile Hospital for the purpose of medical evacuation. The present was taken by the PFVMH Vice President in charge of liaison with the Armed Forces of Ukraine and law enforcement agencies, Oleksandr Hahayev. According to Hahayev, the offroad was bought and repaired at the expense of Oliynyk and his friends. During the transfer ceremony, Oliynyk stressed that the vehicle will rescue wounded Ukrainian warriors. In turn, the PFVMH vice president said that not only people but also vehicles perish during the war, unable to withstand its load. “This present id a strong assistance for us – fresh blood into our service,” he said, thanking.

The Mitsubishi Pajero Wagon will not go dead-head on its first trip to Eastern Ukraine – the vehicle was loaded full with cookies from Uman’s Jewish community.

Oleksandr Hahayev also presented the PFVMH to staff of the Uman Central District Hospital (CDH). He told in detail about work of volunteer medics in medevac teams, at civilian hospitals and at checkpoints, about conditions and legal framework of this work as well as bout how to enroll.