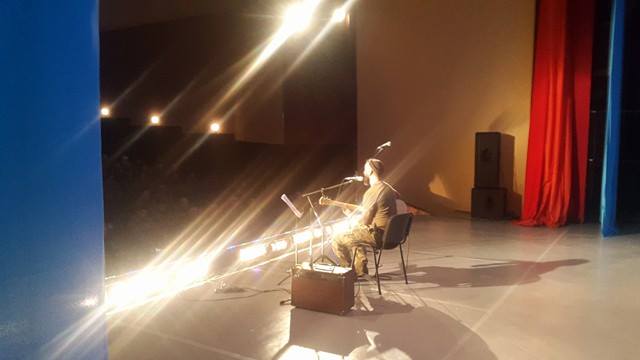 “The concert went in a fantastic atmosphere,” said Hahayev, who is also the commander of the PFVMH medevac team. “The 500-seat hall was overcrowded by both servicemen and locals.”

One of the performers, Andriy Antonenko, is a driver/paramedic of the PFVMH’s evacuation team in the brigade’s second battalion during the December mission of the volunteer hospital.

An episode of the concert in Volnovakha:

Video report by Do TeBe: