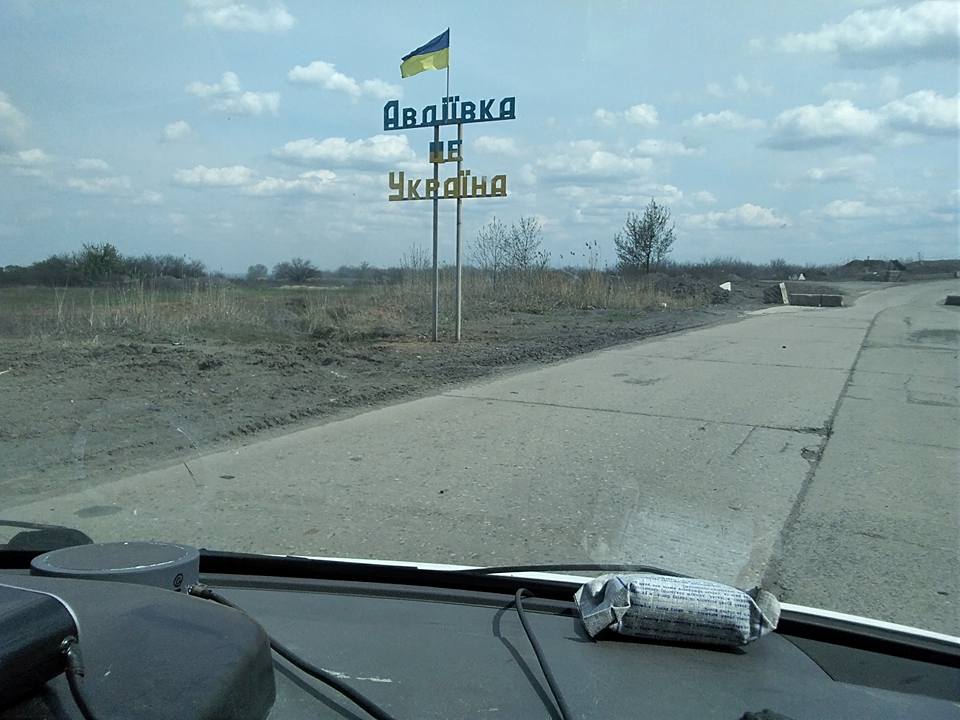 Two doctors from Cherkasy oblast spent this year’s April in Avdiyivka near Donetsk, working with evacuation teams within the medical company of a very famous Armed Forces of Ukraine unit (we do not name it, being unsure if we have the right to). For Vadym Kozlovsky, Deputy Head Physician and surgeon of the Smila Central District Hospital, this mission was his fifth with the Pirogov First Volunteer Mobile Hospital. Stanislav Scherbyna, anesthesiologist at the Cherkasy Oblast Psychiatric Hospital, was on his second PFVMH rotation in Eastern Ukraine. However, both worked with the Army for the first time.

Vadym and Stanislav have known each other for about 20 years, so they decided to go on the mission together. On their way, they knew that they were going to Avdiyivka and thought that it would be the Avdiyivka City Central Hospital. It was only upon their arrival that they learned of being seconded to the medical company. “According to reports, we had the hottest spot. We brought the wounded from Promzona [industrial area], Tsarska Okhota [“Royal Hunt,” a restaurant complex between Avdiyivka and Donetsk], Kamyanka and the Butivka Mine,” Kozlovsky recalls.

It is interesting that in February last year, when Vadym had worked at the Popasna Central District Hospital in Luhansk Oblast on the PFVMH mission, he had been somewhat jealous about the attention that was paid to Avdiyivka at the time. “I will not argue – they do have a hard time there. But here, near Novovozvanivka, three kilometers from Popasna, fights are every day as well,” he said then.

The volunteer doctors received medical backpacks as well as ballistic vests and helmets and set to work with evacuation teams: Stanislav, as an anesthesiologist and resuscitation specialist, was on the first team, and Vadym was on the second one. “That is why those seriously wounded fell to Stas,” Vadym explains. However, a couple of times they went together within one crew. Happily, no one was fatally wounded during the month.

When anybody got wounded, an evacuation team – a doctor (alone or with a paramedic) and a driver – went to an “intake point”, to which injured soldiers were brought from the battlefield in an armored vehicle. The medics received the wounded, stabilized him and carried him over to the Stabilization Point (a mobile surgery with X-ray, ultrasound and other equipment) or to the Avdiyivka Hospital. “That is, we bring [the wounded], and they operate him and put him into a ‘transportable shape’ for further transportation to a hospital,” Kozlovsky told.

The doctors stayed in permanent readiness to answer a call and within minutes go for evacuation; they even learned to put their vests on momentarily, by one move. However, their clients were largely somatic and dental patients, and it was necessary to go for them, take them and bring them, too. The doctors provided consultations and treated servicemen in cases of noncombat injuries, cuts, somatic diseases, etc. One of soldiers had a severe allergic reaction and was saved by Scherbyna. Local civilians also came to see the volunteer doctors.

Although the enemy did not shell the city this time, the doctors often got under fire during their trips, and this danger had to be always taken into account. “At the Butivka Mine, under rain, the APCs went on the field, and we had to go on the road, being kept a bead on, because there were some 200-300 meters to the separatists,” Vadym relates. “We had to go like that some 400 meters over the bridge and on the road. We had our vests and helmets on, and sped through this section at 100-110 kilometers per hour, not to be located and plastered.” And it really could happen: the medics once stopped in Promzona for a photo of the memorial that soldiers had made for Promka defenders. They were immediately mortared, and if not for leaving at once, the “photo session” could have cost too much.

From Apr. 24-29, Vadym Kozlovsky accompanied sappers who cleared the Donetsk Filter Plant of mines – on the very front line. There, they also were shelled. Once, when the medics’ vehicle stopped on the road, the sappers came up and asked them to pull back. It turned out that a 120-mm mortar round had got caught in the asphalt right in the place over which the vehicle stopped – it penetrated the road with its fins, and so was hardly noticeable.

Shelling of Avdiyivka was expected during the mission’s last five days, and the doctors had to sleep dressed, in combat boots and with the vests under their heads. They scattered their vehicles and organized watch in case an enemy raiding party would burst through, but it turned out well.