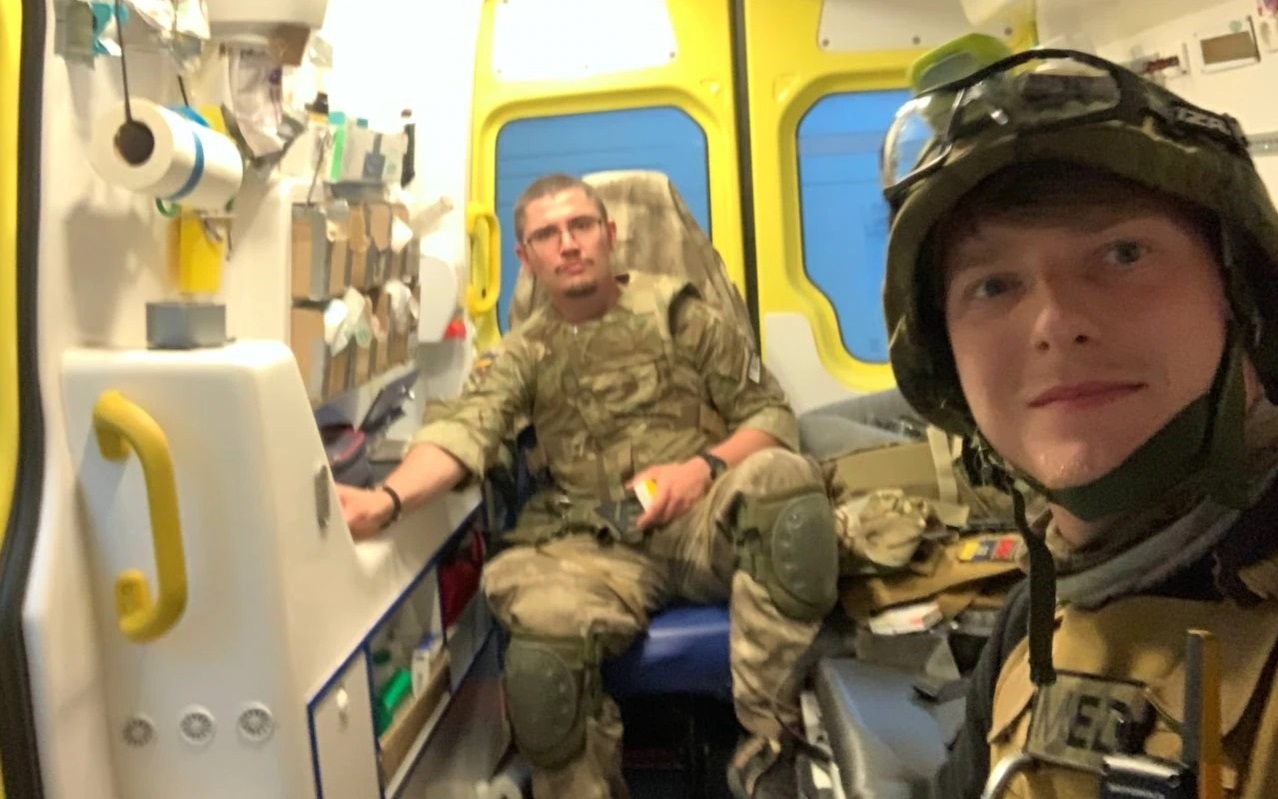 A volunteer doctor was evacuating the wounded for three months

Danylo Sereda, 29, an orthopedist-traumatologist from Lviv, was evacuating and rescuing wounded civilians and servicemen in Kyiv Oblast and eastern Ukraine for three months as a PFVMH team member. It was the longest mission in the mobile hospital since the beginning of Russia’s full-scale war against Ukraine, Radio Liberty reports.

Danylo Sereda shows a picture of himself before leaving in early March for PFVMH. Although he is not very willing to share what he experienced during the three months, the gray hair that appeared over this time testifies to the experienced stress and hard work, both physically and morally.

“Friends say that I have turned gray and aged (laughs). I just felt in my heart that I should do something, help people, and decided to go to Kyiv, Bucha, and Irpin. On the Internet, I came across the Pirogov First Volunteer Mobile Hospital and called them. They okayed. With the help of volunteers who were driving a car for the Armed Forces, I reached Kyiv. It was possible to get there only on the Odesa highway. That’s how I got to the PFVMH base,” says Danylo Sereda.

Read the whole story on the Radio Liberty website.