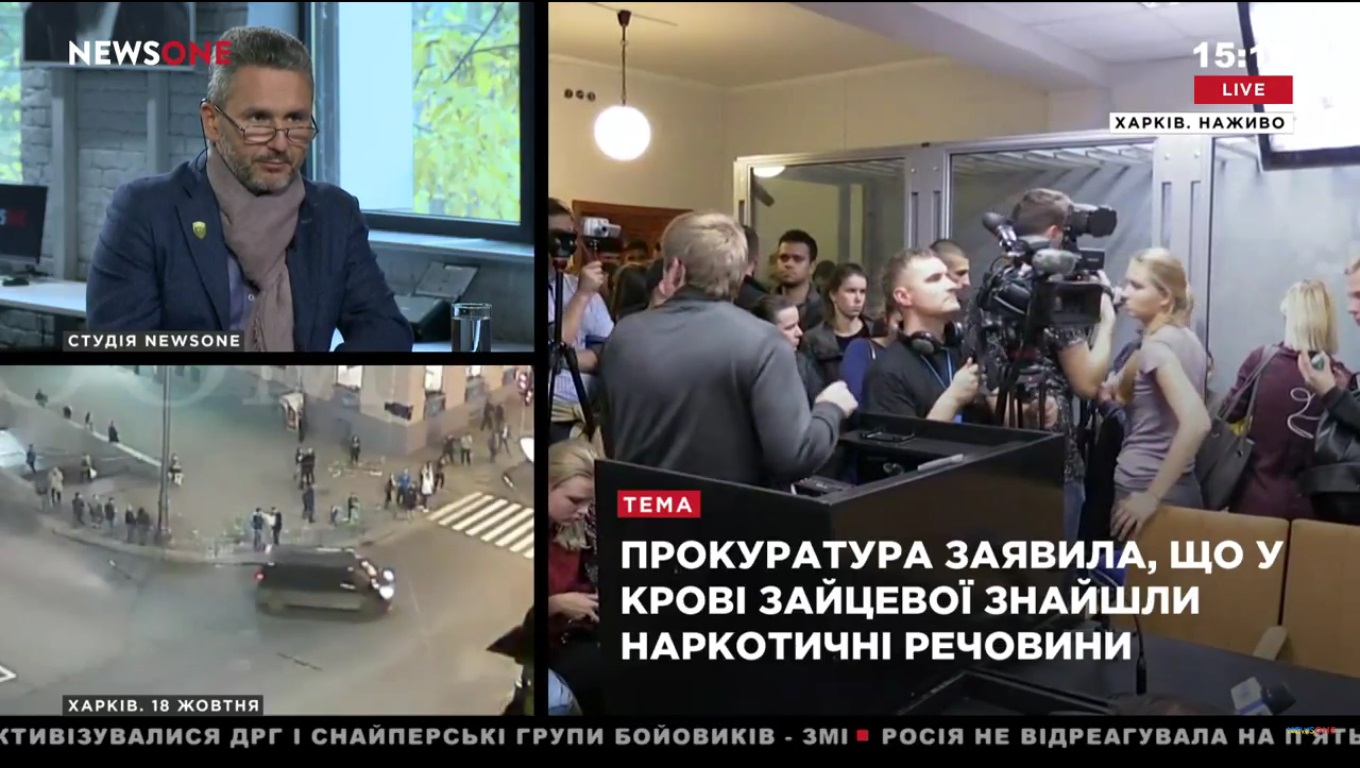 Mandatory training in pre-medical aid would save many lives. – Gennadiy Druzenko

Ukrainian society, which for the fourth year has been living in the state of war as well as increased danger because of drivers’ irresponsibility, is absolutely unprepared to adequately respond – provide pre-medical first aid. This thought was voiced today by Pirogov First Volunteer Mobile Hospital President Gennadiy Druzenko on the NewsOne TV channel.

The PFVMH leader was interviewed during a break in the broadcasted court proceedings in Kharkiv choosing a measure of restraint for a suspect in the terrible traffic accident that had taken five lives and injured six more pedestrians.

According to Druzenko, everyone who receives a driving or firearms license must undergo at least a short, few-day, course of emergency pre-medical aid training. “Because sometimes the aid provided just within the first minutes, the first 10 minutes, allows saving life,” he said.

“A clear rule needs to be introduced: do you handle sources of extra hazard – a vehicle of a firearm? Must undergo the course, not buy a certificate of undergoing it, as is often the case here,” Druzenko emphasized.

He said he was shocked and indignant that people did not rush to help the accident’s victims – not only pedestrians but also drivers. He saw the reason behind such behavior not in the people’s indifference but merely in their ineptitude to help.

In his opinion, the pre-medical aid courses should be implemented in every place where people study – schools, vocational training and higher educations, and this question must by the order of the day for the Government. “At least it would save lives for many on roads as well as during terrorist acts that, unfortunately, happen in Ukraine ever more often,” Druzenko said.

Answering a question why there is no such a state program, he presumed that the last year or more a lot of energy has been spent on the controversy about the medical reform: “We know that the Health Ministry and the parliamentary committee clinched about a year ago, and their entire energy, resources and best forces were thrown into this discussion.” However, Druzenko expressed his hope that, after the Verkhovna Rada yesterday adopted a law on the medical reform, “we will come back to more practical things, which are able to save lives.”