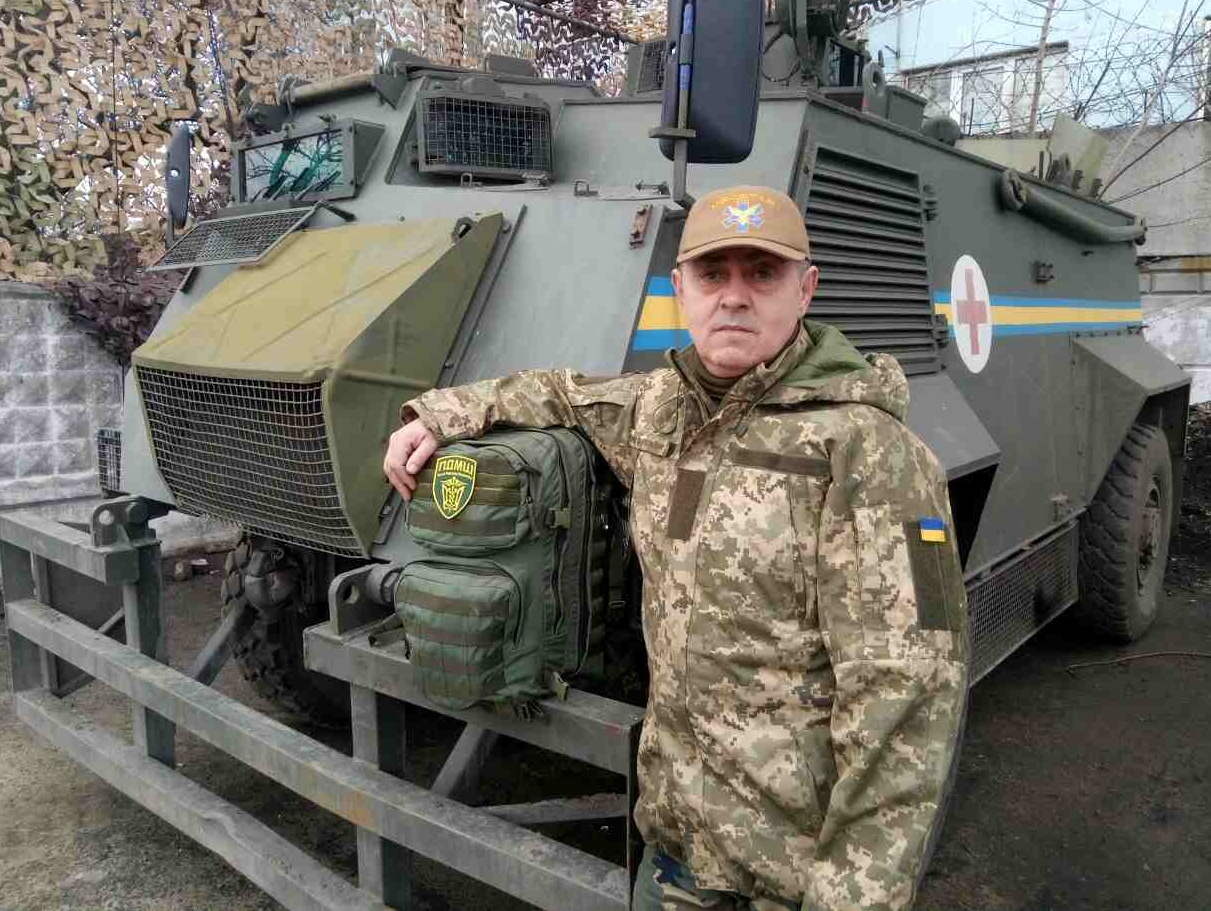 This morning, one more Ukrainian serviceman was hit by a Russian sniper’s bullet near Maryinka, Donetsk Oblast. The defender of Ukraine was evacuated by military medics and the volunteers of the Pirogov First Volunteer Mobile Hospital – emergency physician Ihor Pysarchuk and driver/paramedic Volodymyr Havryschenko.

Ihor Pysarchuk reported that after receiving the radio call, the two and a military medic “jumped” into their car (Zorelit – “Starship” in Ukrainian) and in 14 minutes they already delivered the wounded to the military medical unit on the evacuation point.

“The soldier has a tangential head wound, so you can say he was lucky,” the volunteer doctor said. “Time will show how it will be.”

A week ago, Ihor Pysarchuk said Ukrainian servicemen at the front section near Maryinka and Krasnohorivka are most often struck as a result of enemy snipers’ work. Ukrainian warriors are sure that the professional manner of this work proves that the snipers most likely have arrived from Russia.

This PFVMH mission is the twelfth for Ihor Pysarchuk, an ambulance doctor from Skadovsk, Kherson Oblast, and the third for Volodymyr Havryschenko, a private entrepreneur from Kyiv.