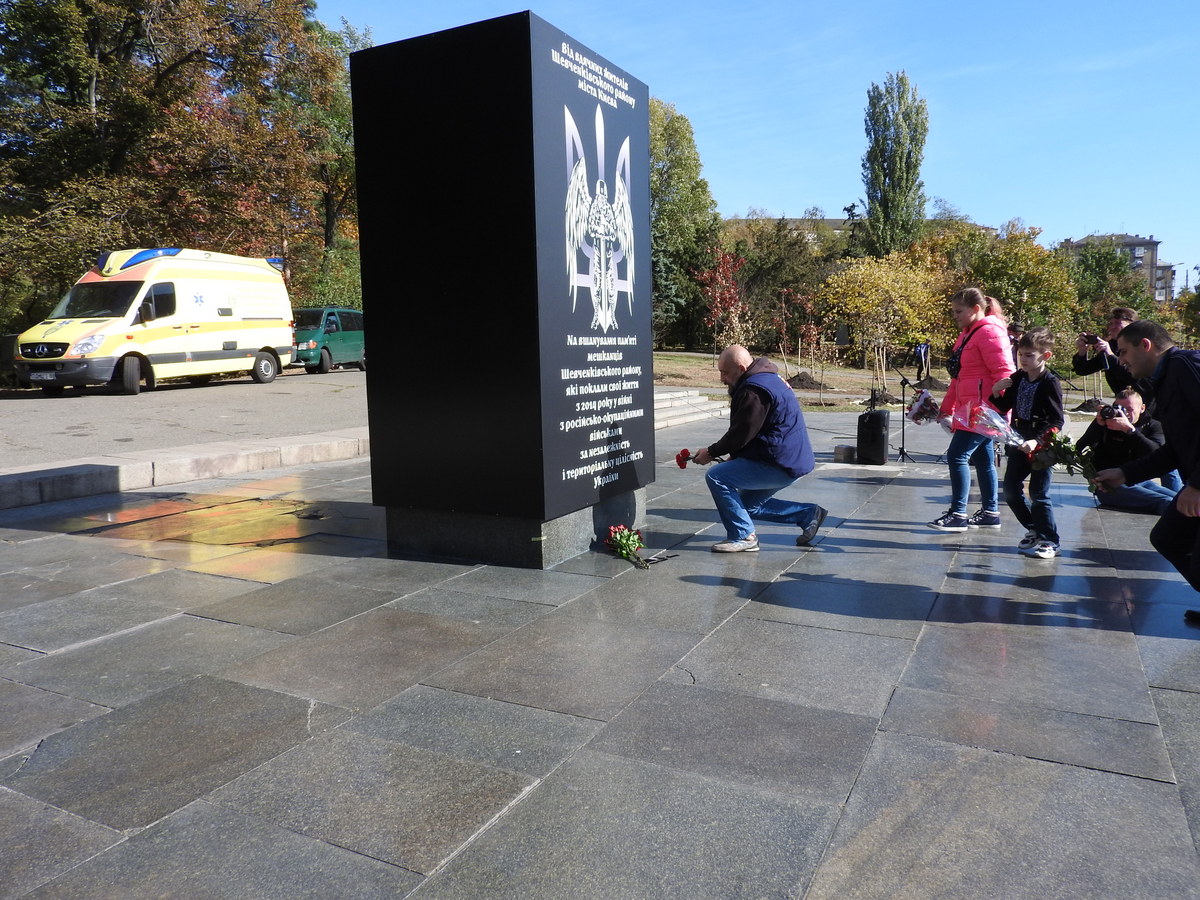 On Oct. 13, the eve of Ukraine’s Defender Day, a monument was unveiled and an alley of trees planted in remembrance of those killed in the Russian-Ukrainian war. The inscription on the monument reads, “In remembrance of the Shevchenkivsky District residents who have given their lives since 2014 in the war against Russian occupation troops for independence and territorial integrity of Ukraine.”

The monument erection and the alley planting were initiated by Oleksandr Hahayev, Vice President of the Pirogov First Volunteer Mobile Hospital in charge of liaison with the Armed Forces of Ukraine and law enforcement agencies. “We have realized this initiative with the assistance of our Kyiv City Rada member Kostyantyn Yalovy and Shevchenkivsky District State Administration Head Oleh Haryaha. Private business very much helped us make the monument, in particular the PromDesign company,” Hahayev said.

The ceremony was attended by servicemen and veterans of the Armed Forces of Ukraine and volunteers. A PFVMH ambulance was on duty. After the consecration of the monument, there was an impromptu concert and the planting of trees.

Photo album “2019/10/13, Kyiv. Opening the monument and planting trees in memory of Shevchenkivsky District residents killed in the Russian-Ukrainian war”