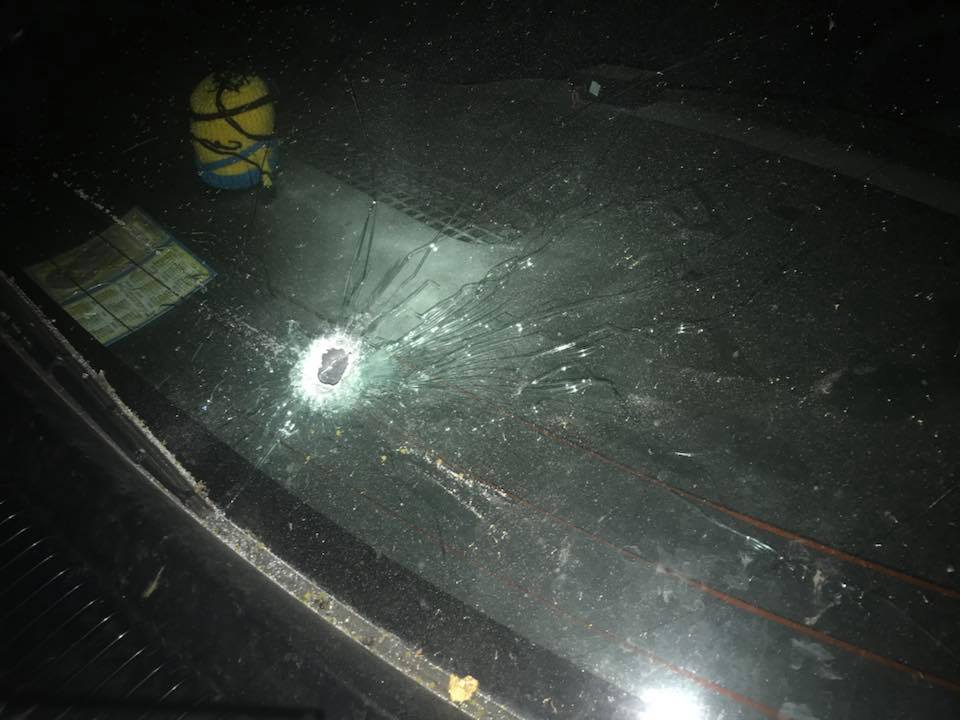 Two ambulances of the Pirogov First Volunteer Mobile Hospital sustained damage in the last night SPG shelling by Russian troops of the territory controlled by the Ukrainian government, the PFVMH vice president in charge of liaison with the Armed Forces of Ukraine, Oleksandr Hahayev, reported in a Facebook post.

According to the report, the Chrysler “Zorelit” was whipped by splinters, although it still keeps afloat. A piece of a tree, smashed up by an explosion, “refreshed” the body of “Missis Vinnytsya Ryativnytsya,” the ambulance just a few days ago donated to the PFVMH by renowned volunteer Yuriy Nyra and his wife Lilia Polischuk.

The shelling also “turned one medical Ford of the AFU into a sieve.”

“It wasn’t the first time for the collaborationists to shell peaceful localities with a large caliber, nor it was the first time that shells fell near medical stations,” Hahayev wrote.