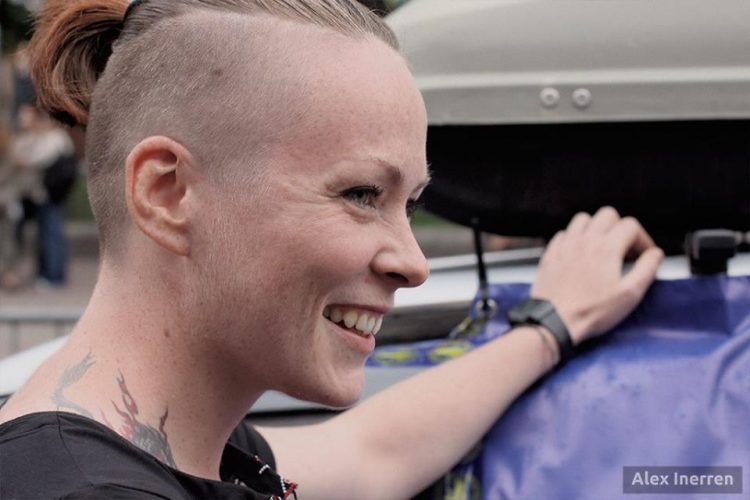 Olga Simonova admitted to Ukrainian citizenship! Victory with a touch of bitterness

At long last, Olga Simonova has acquired Ukrainian citizenship. It became known from the reply of Presidential Administration Head Ihor Raynin to inquiry of MP Serhiy Vlasenko: “O.S. Simonova was admitted to citizenship of Ukraine in accordance with Presidential Decree of March 17, 2017 #67.” On this occasion, Gennadiy Druzenko, leader of the Pirogov First Volunteer Hospital, at which Olga Simonova worked as an evacuation team paramedic in 2015, wrote in a Facebook post: “Our more than yearlong fight has ended in a clear victory!!! In me personally, however, this victory has left a touch of bitter taste.” Probably, not only in him…

So, Olga Simonova became a citizen of the country that she defends with the 24th Guards Mechanized Brigade of the Armed Forces of Ukraine three (!) months ago. Presidential Decree #67 of March 17, 2017, mentioned in the reply of the Presidential Administration head, is not published on Poroshenko’s official site. Thus, these 92 days Olga continued worrying whether or not she would be granted Ukrainian citizenship. She was about to ask permission to leave the front line and go to Kyiv – to solicit once again for prolongation of her sojourn permit. Her fiends were worrying about her. People wrote about the stonewalling in social media. MPs wrote appeals to the President, asking to take measures. And we wrote a story under a heading that has turned out to be surprisingly to the point: “Olga Simonova case: President has the right to remain silent?”

After all, nobody expected that, upon the signing of the decree, the President would take a pen to write a warm letter to Olga (why not, though?). But there is something wrong with the Presidential Administration. Why should they remain silent for three months when Poroshenko had already done a good thing: signed the decree right the next day after the meeting of the Presidential Commission on Citizenship that had recommended granting citizenship of Ukraine to Olga Simonova?

Olga Simonova, a Russian national, came to Ukraine from Chelyabinsk, Russia, in late 2014. In April to September 2015, she worked as a PFVMH evacuation team paramedic in Eastern Ukraine. Before that, she was a volunteer medic with the Pivnich (North) military unit and the Zoloti Vorota (Golden Gate) special police patrol service, and from September 2015 to March 2016, with the Dnipro-1 regiment. In Ukraine, she has a status of participant in active service. The last fall she signed a contract with the Armed Forces of Ukraine.