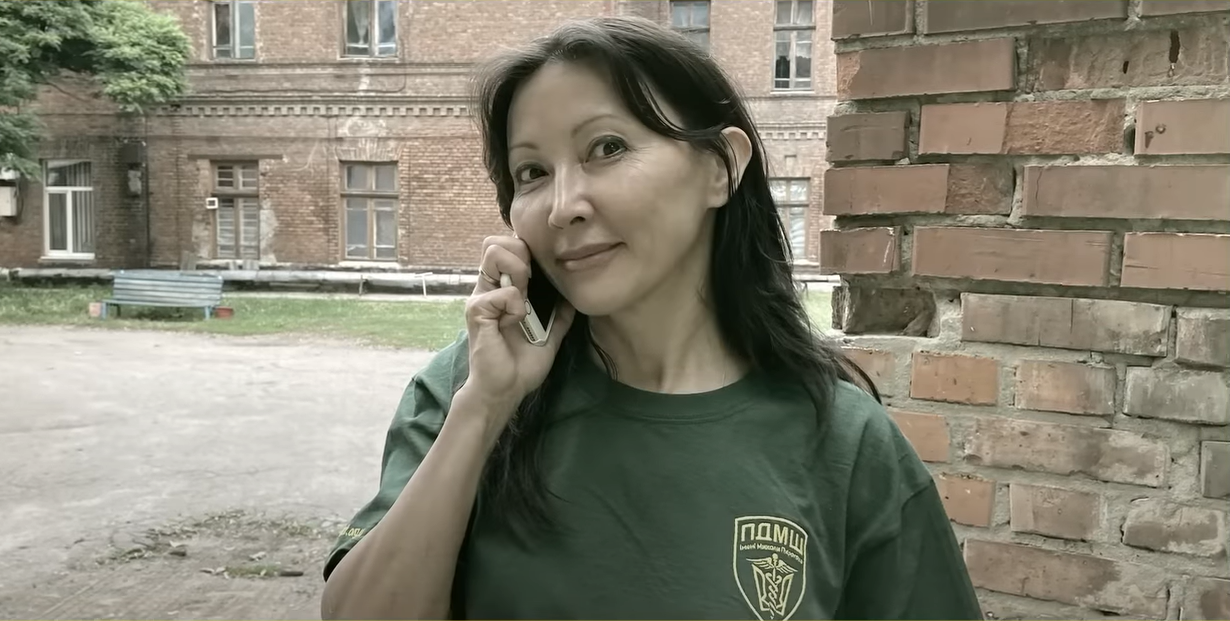 Olha “Graz” Supan: “I believe in our victory – we have no other way”

Olha Supan says she could not stay in Austria because she was “going nuts.” On the second day after the beginning of Russia’s full-scale invasion, the Ukrainian anesthesiologist and resuscitation specialist from Graz called the Ukrainian embassy in Vienna, asking if doctors were needed? They said they were, but there was such a mess that they could not help with anything else. She called the medical department of the Defense Ministry of Ukraine, but the phone was busy around the clock. She contacted the Red Cross in Austria and Doctors Without Borders, but these organizations do not send medics to countries where hostilities are taking place.

“And then I found out that my university coursemate (who, unfortunately, has passed away now), worked at PFVMH. I called him and he immediately told me: ‘Come!’” Olha tells about how she ended up in Slovyansk.

In Slovyansk, PFVMH is based in a local hospital, where Olha provides medical care to military and civilian patients, mostly with mine and explosion traumas. Slovyansk is under shelling, and explosions are constantly heard, but she says that she is not afraid. Afraid for her are her relatives: her mom and dad, who live in Kyiv, and her husband, who stays in Austria with their dog. When Olha decided to come back to Ukraine, his first question was: “Are you crazy?”

Colleagues at the hospital in Graz were also horrified by her decision, but treated it with understanding – they gave her a six-week vacation without pay, and they write and call.

“I believe in our victory – we have no other way,” says Olha. “We will celebrate our victory, and it will be the happiest day in our life.”

More about the fearless doctor Olha “Graz” Supan in the video interview with her by journalist Dmytro Tuzov: