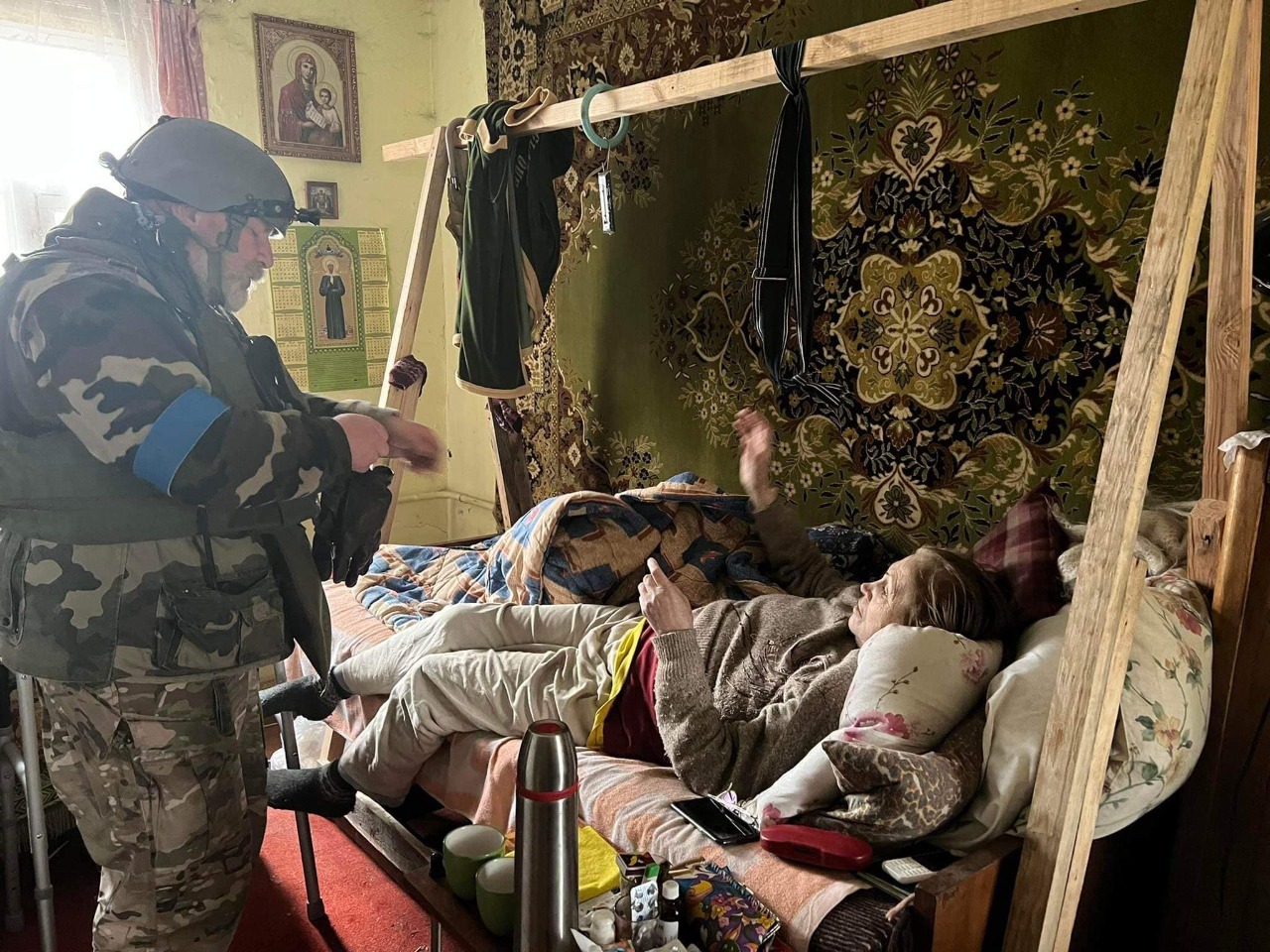 “One more day of pain, lacerating and devastating…”

Two PFVMH ambulance teams worked in Bucha, Kyiv’s suburb which became known throughout the world after its liberation when the shocking facts of the muscovite orcs’ atrocities were exposed. One team worked on the evacuation of civilians, including a man with a week-long bullet wound in his left thigh who was brought to the Kyiv Oblast Clinical Hospital. The other team provided care to palliative patients.

“One more day of pain, lacerating and devastating…,” nurse Viktoria Kramarenko describes on Facebook what she has seen today. Destroyed buildings and charred ruins; hungry, frightened, and exhausted dogs and cats faithfully waiting for their masters behind fences; the bed-ridden old abandoned by their children.

“But there always are people whose lot is even harder: abandoned palliative and oncological patients that have not been given painkillers all the long days of the occupation,” Viktoria writes. “They scream with fear and pain, unable to stir, hide in the basement, look after themselves; they are even unable to do something as elementary as keeping a glass of water in their hand; many of them are dying.

“They are only lying, crying, and praying…

“Just these are the people we were visiting today – starving castaways who have lost their hope for rescue.”