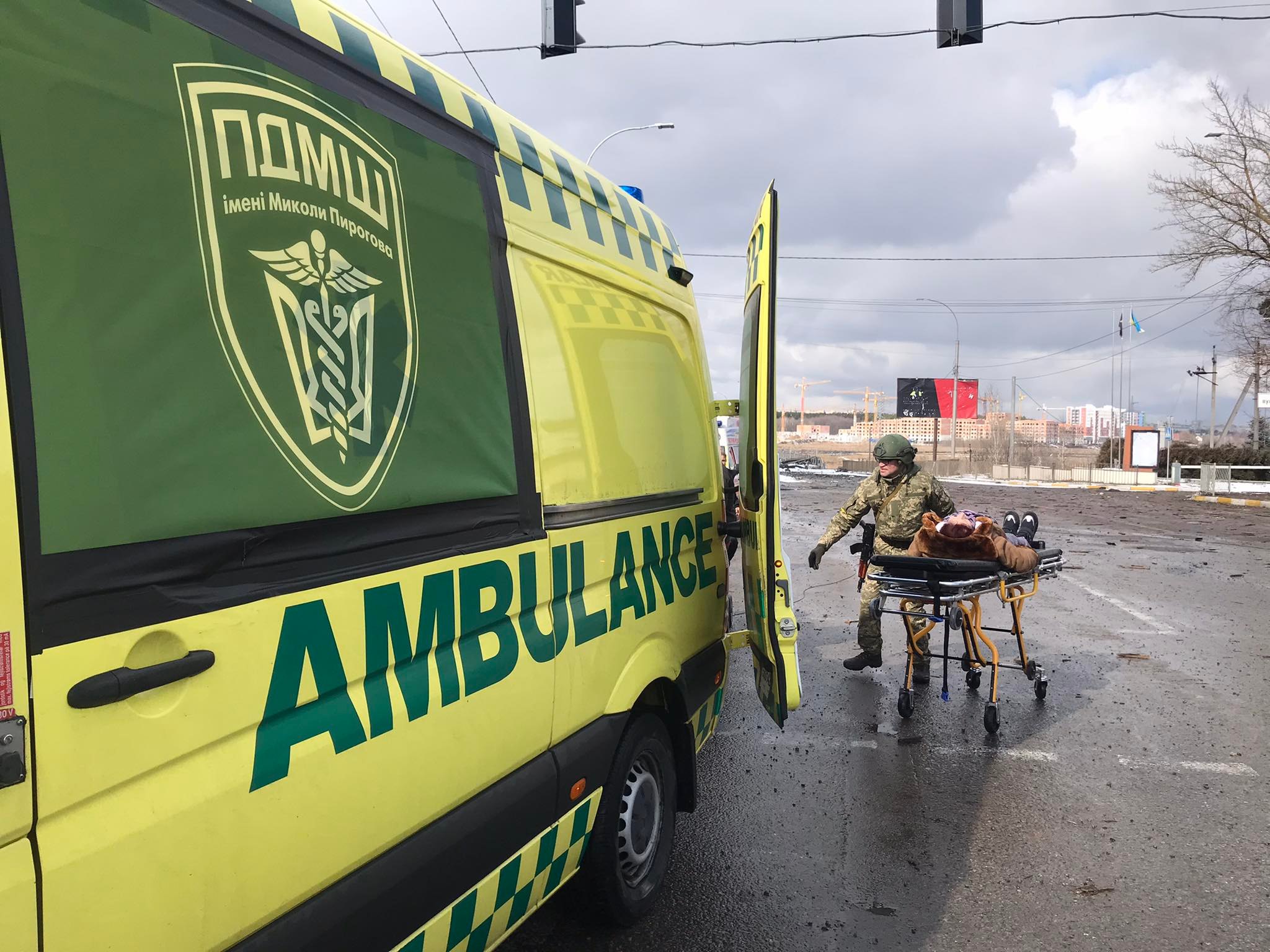 Let me begin with words of gratitude. You did not flee the country in the first, most difficult, days and weeks of the war. And this was the moment when Ukrainians – both those who voted for you three years ago and those who did not – had every reason to be proud of their president. And we were proud.

After the Ukrainian people have thwarted Putin’s blitzkrieg plans, the war paradigm is switching over to a marathon. Now, this is a war of attrition. Unfortunately, Russia is bigger than Ukraine and has more resources. And that is why all our resources must be maximally mobilized for one great goal – our victory. The slogan of WWII, “Everything for the front! Everything for victory!” is relevant again as it was eighty years ago.

Military mobilization of resources involves not only the nationalization of Russia’s assets in Ukraine but also a reassessment of our attitudes toward the estate of so-called “oligarchs” and the Kremlin’s fifth column, who shamefully fled the country along with millions of dollars in ready cash and their military-age relatives as soon as the war broke out.

We live in the times when the prophecy of our great Kobzar is literally coming true:

That evil, cunning folks
Will lull Ukraine,
And wake it, robbed, in flames.

On Feb. 24 this year, we were not only woken up by a big war fire: the explosions of Russian bombs, missiles, and shells. We awakened literally robbed. Because even a month and a half after Russia launched its full-scale invasion, I’ve been almost every day receiving requests from combat units to help them with individual first aid kits, bulletproof vests, helmets, tourniquets, ambulances, fuel, etc.… And at the same time, I see the incredible luxury of the palaces (it’s difficult to call them “homes”) of the Surkises and Pinchuks, amidst which, as fate has willed, there is currently the base of the Pirogov First Volunteer Mobile Hospital (PFVMH).

I cannot grasp this contrast: our heroic boys and girls who daily sacrifice the most precious, their lives, for Ukraine while lacking the essentials, on the one hand, and the arrogant luxury of those who have battened for decades on this poor country. Because none of them has created a Ukrainian Microsoft, SpaceX, Apple, or Amazon. No, their main talent has always been their closeness to the powers that be and the ability to convert their political influence to large fortunes.

I’m sure that the history of oligarchic Ukraine must come to its end once and for all. For those who have got fabulously rich in Ukraine but abandoned it existentially endangered, it’s time to start paying debts to their people. They hope that after our victory everything will return to business as usual: veterans will commit themselves to alcohol from hopelessness and abandonment, medicine will hardly linger on budget pennies, retirees will deny themselves every necessary to pay for utilities, and someone will batten, unable to count all his mansions scattered around the world… I am convinced that such a Ukraine must suffer a crushing defeat in this war along with the Putin regime.

As a lawyer and scholar, I hate that the feeling of crying injustice that overwhelms many Ukrainian hearts could burst into extrajudicial reprisals against traitors and collaborators or the destruction of their properties. We fight not only Putin’s Russia – we also fight for a fundamentally another world, in which justice, law, and order will rule, and freedom and human dignity will be the top values.

Therefore, I call on you, Mr. President, to immediately initiate a nationalization process for the estates of Medvedchuk and the Surkis brothers followed by their transfer to the Pirogov First Volunteer Mobile Hospital for arranging a permanent PFVMH base, and in the future, establishing a rehabilitation center for Russian aggression victims in the recreational area north of Kyiv.

We – a big team of volunteer medics that have been saving and healing victims of the Russian aggression since 2014 – have never asked anything from the Ukrainian state. We just helped, often surmounting bureaucratic barriers and breaking down corruption schemes in the process. Without a single penny of state assistance during these years, we’ve found the strength and resources to provide medical care to over 60,000 patients. It will be no exaggeration to say that PFVMH has become a legend of the Russian-Ukrainian war.

Now we ask: give the traitors’ and collaborators’ property over to the volunteer medics. Help us save the lives of those who daily sacrifice it while defending our Motherland. Help us heal the wounds of this war, which happened also because the owners of the palaces had been disarming and robbing this country for decades.

Finally, I dare give you a piece of advice as a lawyer and scholar lucky to study at prestigious Western universities: don’t be afraid of the word “nationalization.” In post-war France, the world-renowned carmaker Renault was nationalized because of the collaboration of its owner, Louis Renault, with the Nazis. Outstanding historian Tony Judt writes that “the nationalization, specifically that of mines, railroads, carriage of commodities, and provision of medical services, was in the focus the Labor Party’s program from 1945” in the post-war United Kingdom. He continues that, “in the case of Czechoslovakia, the nationalization and state planning of the economy began long before the Communist coup and actually met the political expectations of the majority of voters.” One could also recall the long-standing tradition of nationalization in the United States, which goes back at least to the times of the Civil War. But I’m sure that the abovementioned examples suffice.

So once again, I ask you to show your resoluteness and initiate the nationalization of the estates of traitors and collaborators Viktor Medvedchuk and the brothers Hryhoriy and Ihor Surkis at 150-152 Vyshhorodska St. in Kyiv followed by their transfer to the Pirogov First Volunteer Mobile Hospital to be used as a base for developing a rehabilitation center for victims of the Russian aggression. I believe, that the owner of the fourth estate at the same address, Olena Pinchuk, a daughter of the Budapest Memorandum signatory and the architect of oligarchic Ukraine, Leonid Kuchma, will voluntarily transfer her palace, which neither she nor any member of her family has used for over 20 years, to volunteer medics for the same use.

Mr. President, I’m convinced that we together fight not only against our common enemy, that is, Putin’s Russia and the Kremlin’s henchmen, but also for our common future where there’ll be no room for Ukrainian oligarchs and where being indecently rich will be as shameful as being indecently poor.