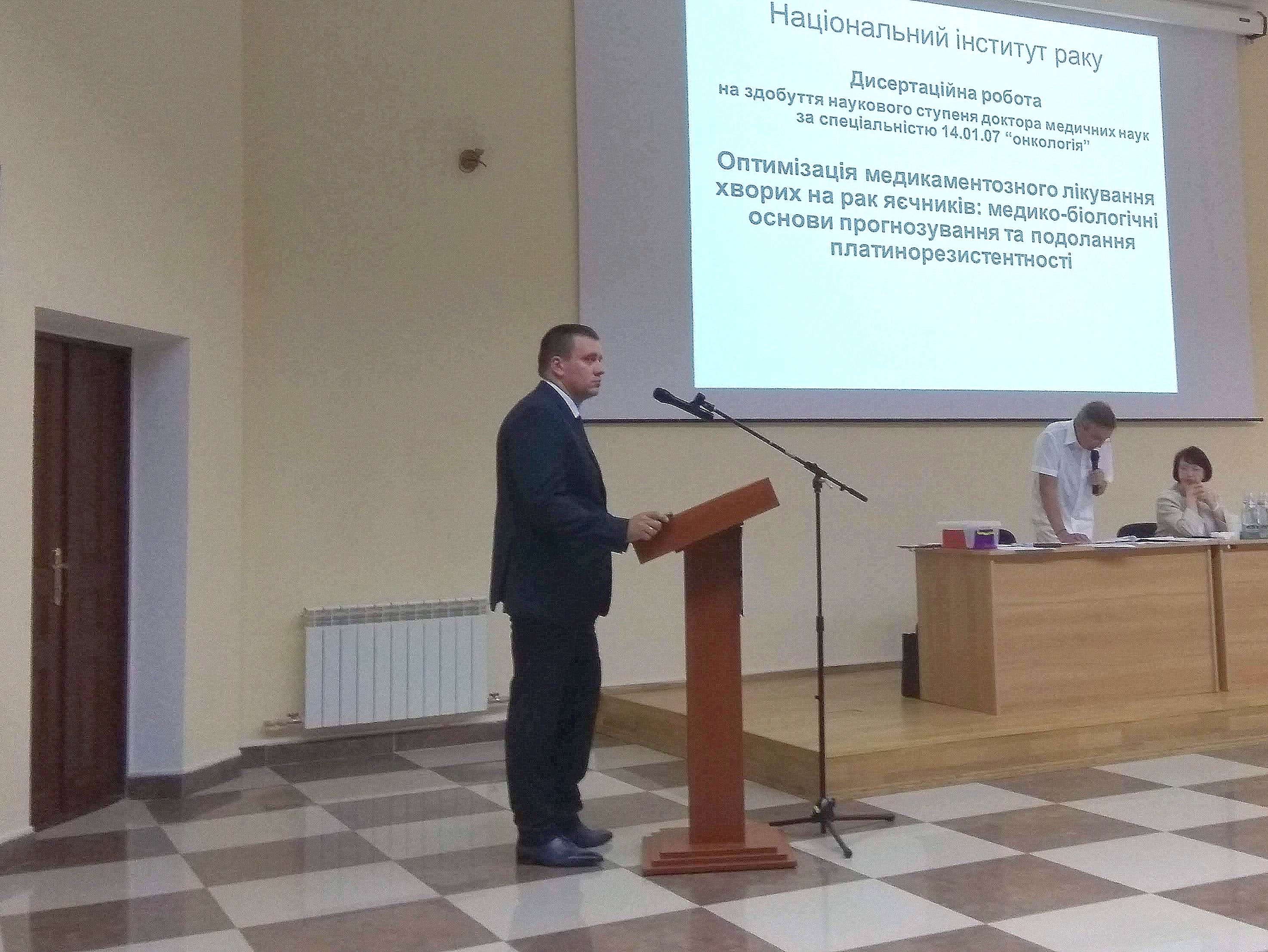 One more Doctor of Science was added today to the volunteers’ ranks of the Pirogov First Volunteer Mobile Hospital: in the National Cancer Institute, a doctoral thesis was defended by oncogynecologist Andriy Rybin, assistant professor at the Odesa National Medical University.

In August 2017, Andriy worked at the Popasna Central District Hospital, Luhansk Oblast, within the framework of the PFVMH’s monthly mission. Another volunteer hospital veteran, ONMU Professor and Honored Physician of Ukraine Oleksandr Tkachenko, came to Kyiv to support his colleague personally.

Andriy Rybin’s thesis on “Optimization of medication for patients with ovarian cancer: the medical and biological basis for forecasting and overcoming platinum resistance” was welcomed by both his opponents and the NCI Scientific Board, which unanimously voted for granting him the D.Sc. degree. Emphasized during the discussion was not only the relevance of the study but also the young researcher’s insistence in advocating the thesis theme. The audience was also impressed by the huge volume of experimental work under the study as well as the number of related publications.

It is interesting that Andriy did not suspend his work on the thesis for the period of his last year mission in Popasna.