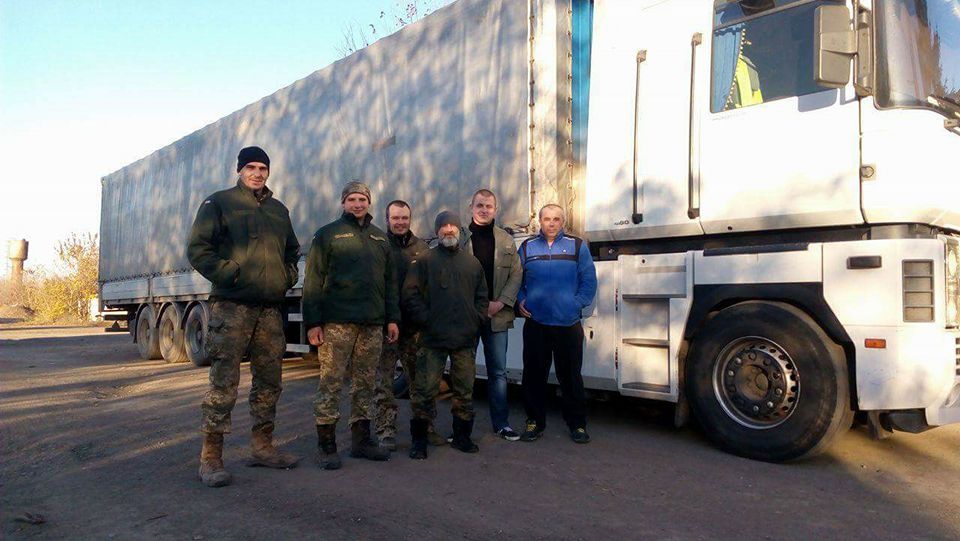 Warriors of the 30th Guards Mechanized Brigade have received nearly 20 tons of food collected in Vinnytsya Oblast’s Orativ District and delivered to the brigade’s location by the action’s initiator– Ruslan Karimullin, student at the Vinnytsya National Medical University.

In August 2016, Ruslan participated in the 17th mission of the Pirogov First Volunteer Mobile Hospital in Eastern Ukraine, where he worked as an anesthetist at the Volnovakha Hospital in Donetsk Oblast. He visited evacuation teams and made friends with servicemen of the 30th GMBr. When Ruslan returned home, to Orativ, he decided to collect provisions for his blood brothers.

According to Ruslan, he asked his mother, chief accountant at the Orativ District State Administration, to propose this idea to the district’s village mayors. Residents of the district responded to the initiative and collected a truckful of vegetables, fruits, cereals, sugar, vegetable oil, preserves, and other foodstuffs.

Tomorrow, the food brought by Ruslan will be unloaded on the brigade’s rear base, from which it will be then distributed among units.