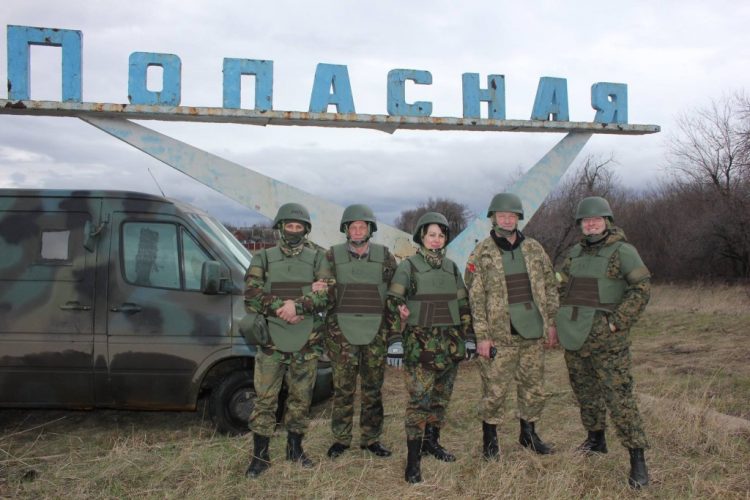 On the last day of April, the Pirogov First Volunteer Mobile Hospital completed its fourth mission in the Anti-Terrorist Operation zone, which had lasted since Apr. 6. PFVMH Project Manager and Logistics Department Chief Yevhen Nayshtetik, who led the fourth mission, reported on some of the mission’s results.

During the month, according to the Project Manager, PFVMH provided medical care to 586 persons, a majority of whom (466) were patients of the Diagnostic & Therapeutic Team. The First Mobile Medical Group (Popasna/Artemivsk) treated 93 patients, and the Second MMG (Pervomayske/Karlivka), 22. The emergency teams hit the road five times.

An overwhelming majority (549 or 93.7%) of the mobile hospital’s patients in April needed therapeutic treatment. Surgical interventions were done in 5.5% of cases (32), and there were five evacuations (0.8%).

In addition, five units of the Armed Forces of Ukraine enjoyed the mobile bath provided by the PFVMH.

“Thus, over the entire period of PFVMH existence, that is, 128 days, we provided care to 1,463 patients, including 1,191 therapeutic and 72 surgical, and carried out 194 evacuations,” Mr. Nayshtetik said.