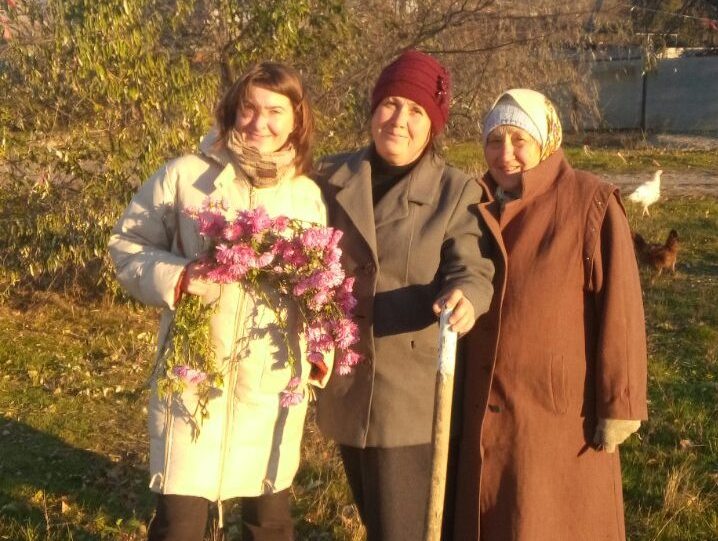 Last night, doctors of the Pirogov First Volunteer Mobile Hospital (PFVMH) became active participants in turning a wasteland plot in Stanytsya Luhanska into an orchard, as reported by the leader of the PFVMH team that works at the local Central District Hospital on the mobile hospital’s 19th mission.

According to Hennadiy Syabrenko, skin and venereal diseases doctor, the idea to plant an orchard arose spontaneously, when a group of doctors joined a conversation of several locals deliberating on how the small wasteland within the town could be put in order.

The newly-formed spearhead immediately passed from words to deeds. All the team’s five doctors participated in the pro-bono work. “How many trees were planted? We didn’t count, but each of us planted one tree or more,” Mr. Syabrenko said. He also said that the manual labor was accompanied by doctors’ advices and wound up in invitations for the doctors to visit the homes of their local fellow planters to taste herbal teas.

Besides provision of medical care in Eastern Ukraine, which lacks doctors catastrophically, the PFVMH’s mission is also to destroy the wall of distrust among people from the country’s different regions.