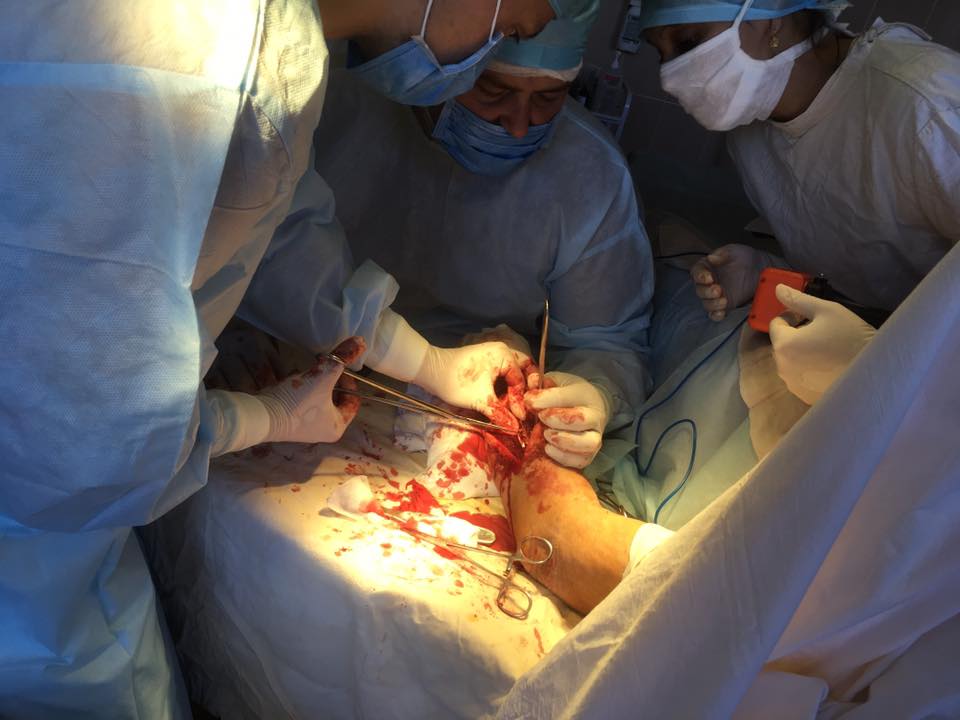 On Friday, doctors of the Pirogov First Volunteer Mobile Hospital on mission in the Luhansk Oblast’s Popasna Central District Hospital have performed plate osteosynthesis on a local 70-year-old man. As orthopedist-traumatologist Oleksiy Holubenko reported in a Facebook post, “Our super-team and the super-budget operation! Everything’s free. Just for the sake of a good deed.”

Later, Oleksiy told that the old man broke one of his forearm bones in his yard, while handling wastes. For two following months he had his arm is a plaster cast, but there was malunion. During the operation, also attended by PFVMH surgeon Vadym Kozlovsky and local personnel – an OR nurse and an anesthesiologist – the bone fractions were aligned and fixed with a plate.

“The old man is now in our ward. We are planning to discharge him next week,” Holubenko said.

He pointed out that, normally for such an operation, it would be better to use an LCP (locking compression plate). “But first, it costs some UAH 6,000, and second, no such plate was available in Popasna.” He also reported that the PFVMH doctors have performed about 20 operations under general anesthesia since the beginning of the August mission. “I’ve carried out three traumatological operations over this time. Two more are scheduled for Tuesday. Plus gynecological and surgical.”