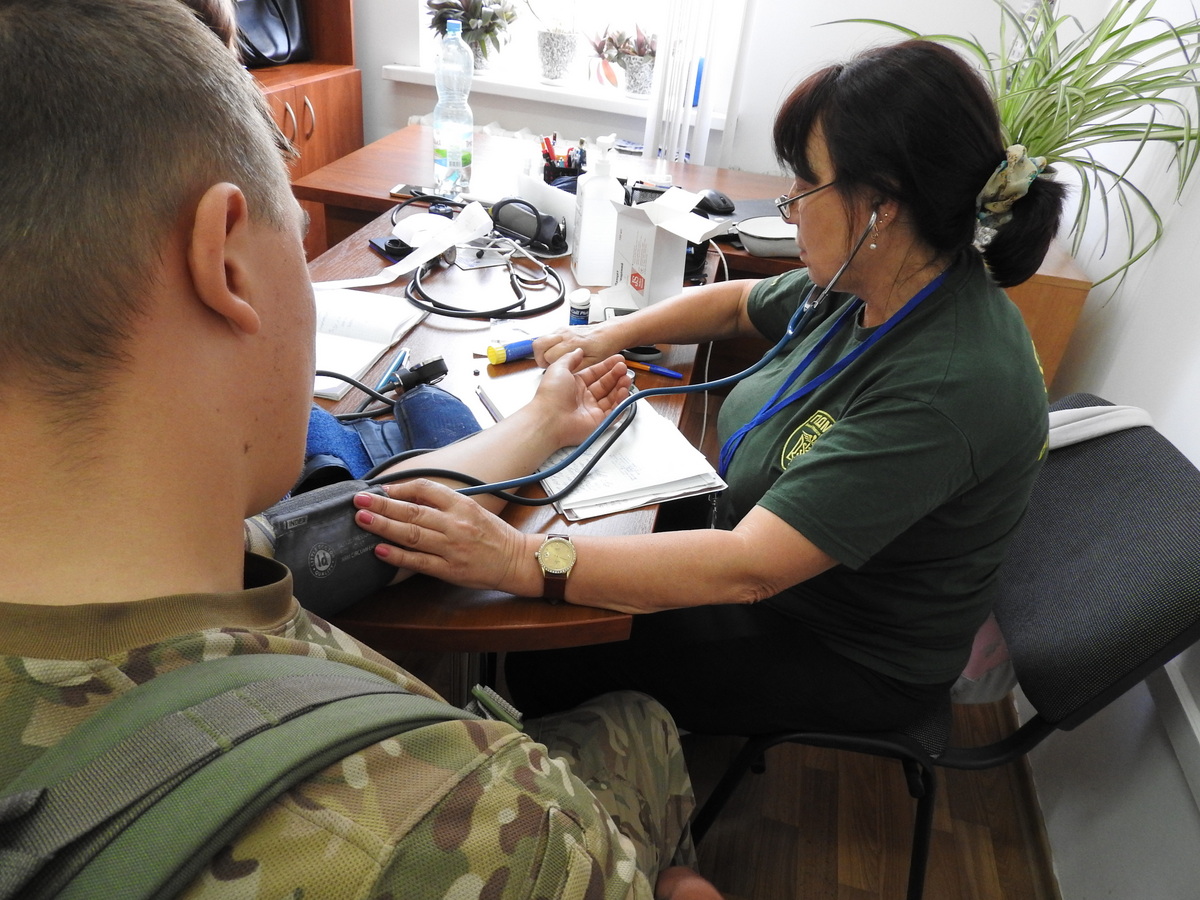 On the first day, Halyna Chernysh, a general practitioner from Ivano-Frankivsk Oblast, and Olena Skorobohach, a cardiologist from Kyiv Oblast, carried out medical examinations alone, but tomorrow they will be joined by SBGSU doctors, and later, by two more volunteer medics, namely a psychologist and epidemiologist from Kharkiv, Serhiy Usenko, and a sonographer from Vinnytsya, Oleh Falyuk.

The mission will last until Nov. 6. In Addition to detachments of the SBGSU Eastern Regional Administration, the joint team of civilian volunteers and military medics will also survey servicemen of several detachments of the SBGSU Donetsk-Luhansk Regional Administration. The joint civil/military conduct of preventive check-ups is a continuation of cooperation between the PFVMH and the SBGSU that began in August with their pilot project in Mariupol.

The PFVMH’s collaboration with border guards is based on the Memorandum of Cooperation between the volunteer hospital and the SBGSU Administration signed by PFVMH Supervisory Board Chairman Gennadiy Druzenko and SBGSU Head Serhiy Deyneko. According to the Memorandum, the parties will cooperate during the Joint Forces Operation “in order to carry out diagnoses and preventive examinations and provide medical assistance” to SBGSU servicemen and employees who reside or do their service in the Join Forces Operation areas.