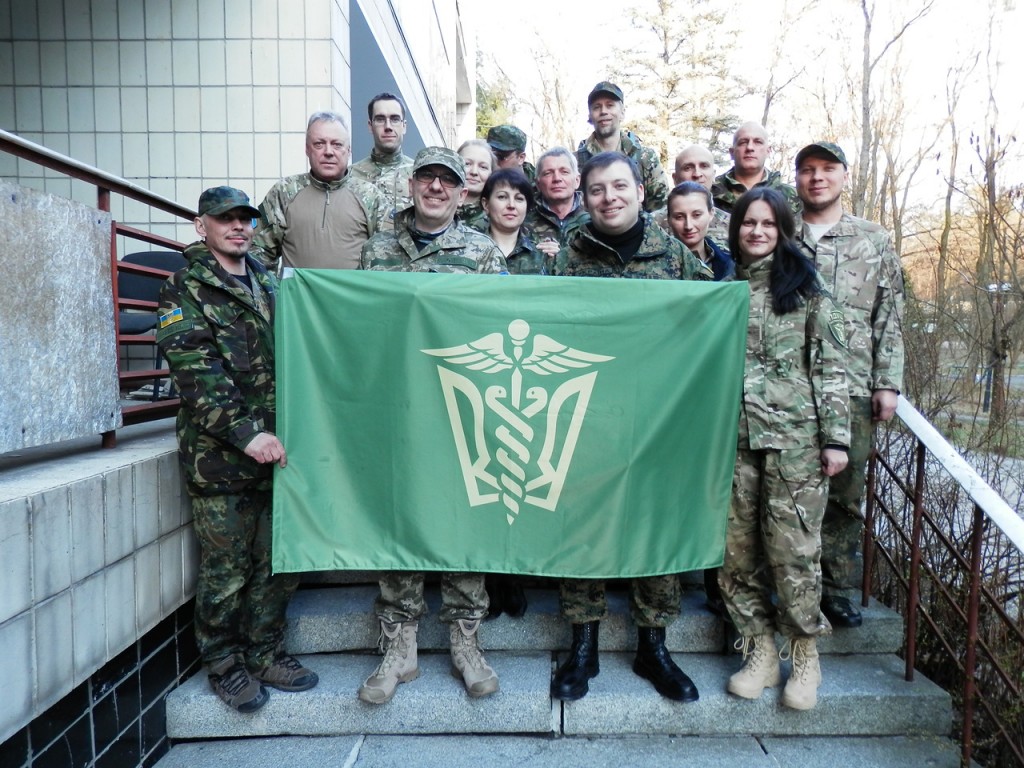 Having left its Kyiv Pushcha-Ozerna base just after the midnight, the PFVMH fourth mission have reached the Donetsk Oblast city of Artemivsk. Tomorrow they will take over from their predecessors the duty to save the bodies and heal the souls of both warriors and civilians injured in the war that has been lasting for nearly a year.

The volunteers left for Eastern Ukraine after ten-day training, a public prayer and shooting a remembrance photo on the stairs of our base.

The 5th Channel was most interested in our storehouse on wheels.