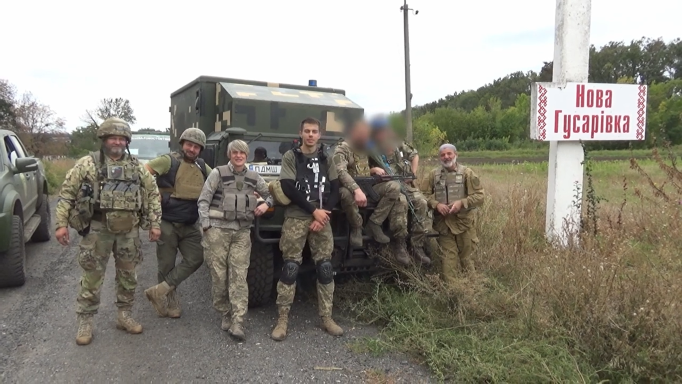 PFVMH “has gone to Husarivka.” Good luck, whatever that means!

A few days ago, a Pirogov First Volunteer Mobile Hospital team entered the just-liberated village of Nova Husarivka in Kharkiv Oblast to set up a stabilization point in the local high school.

“There, we were met by the russian world ‘in all its glory.’” says Tavel, a member of the PFVMH stabilization & evacuation team, whose video shows the terrible state of the school after the moscow horde of rapists and murderers stayed there. The russian orcs also left behind scattered anti-personnel Butterfly Mines, prohibited by the Ottawa Treaty of 1997, which had to be neutralized on the spot with shots from small arms.

In his video, Tavel tells about PFVMH volunteers participating in the liberation of Kharkiv Oblast and their work. According to him, paramedics or other fighters provide first premedical aid directly at the scene of injury. Next, for first premedical aid, the wounded are brought to stabilization points, such as the one PFVMH deployed in the school.

At the end of the video, when the team of medical volunteers has gathered for a “group photo,” Suren, a PFVMH veteran, says mysterious words: “We’ve gone to Husarivka.” The video’s author comments that this phrase is now “a meme understood only by our team.” Whatever it means, good luck!