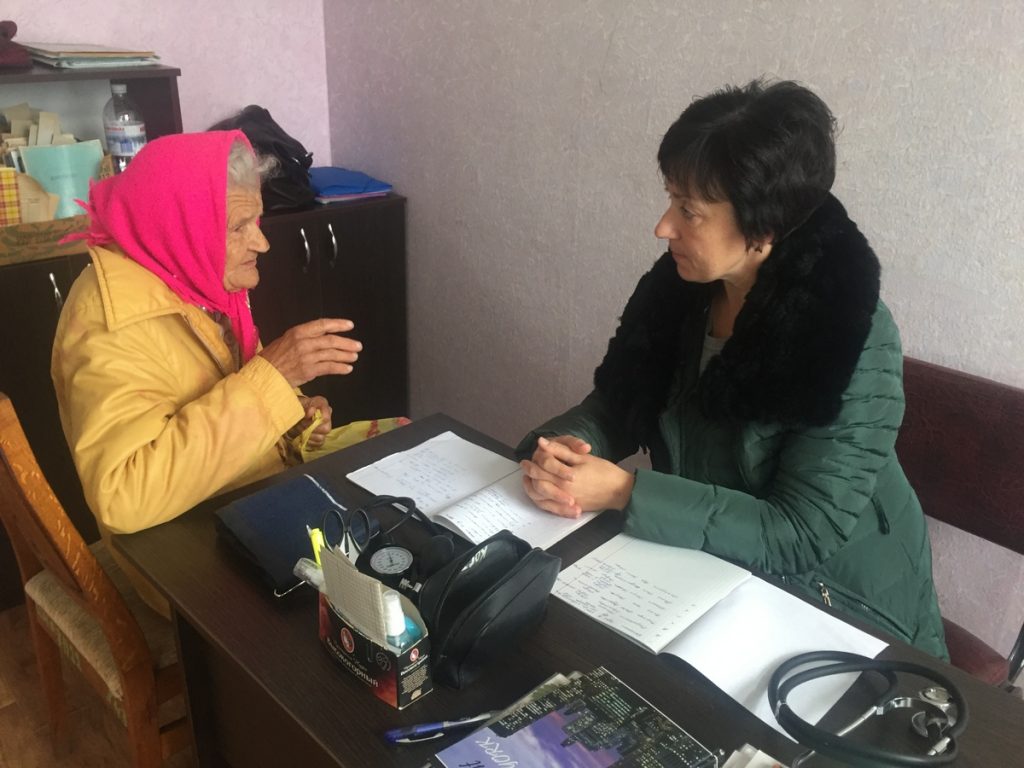 On Thursday, Oct. 13, a 90-year old resident of Luhansk Oblast’s Novoaydar District became the 9000th patient who had received medical assistance from doctors of the Pirogov First Volunteer Mobile Hospital (PFVMH) since its first mission in Eastern Ukraine in late 2014.

Ms. Dekhtyaryova is going through her second war. She dug trenches in 1941, during WWII, and now has become an internally displaced person: had to leave her home in Snizhne, Donetsk Oblast, because of the Russian aggression.

That day, a total of 18 patients received doctor’s advice from the field team in the paramedic station, and the tuberculosis doctor also visited the Dmytrivka psychoneurological facility (many of its inmates suffer from tuberculosis), where he examined and provided advice to 28 patients.

Besides the 9,000 people who have been provided care in areas of the Anti-Terrorist Operation zone, in the fall of 2015 the PFVMH conducted unprecedented cardioscreening in Ukraine’s peaceful regions that covered 22,433 residents in 565 localities of Khmelnytsky Oblast. This means that PFVMH medics over nearly two years of its life have examined and provided assistance to a total of over 30,000 patients.