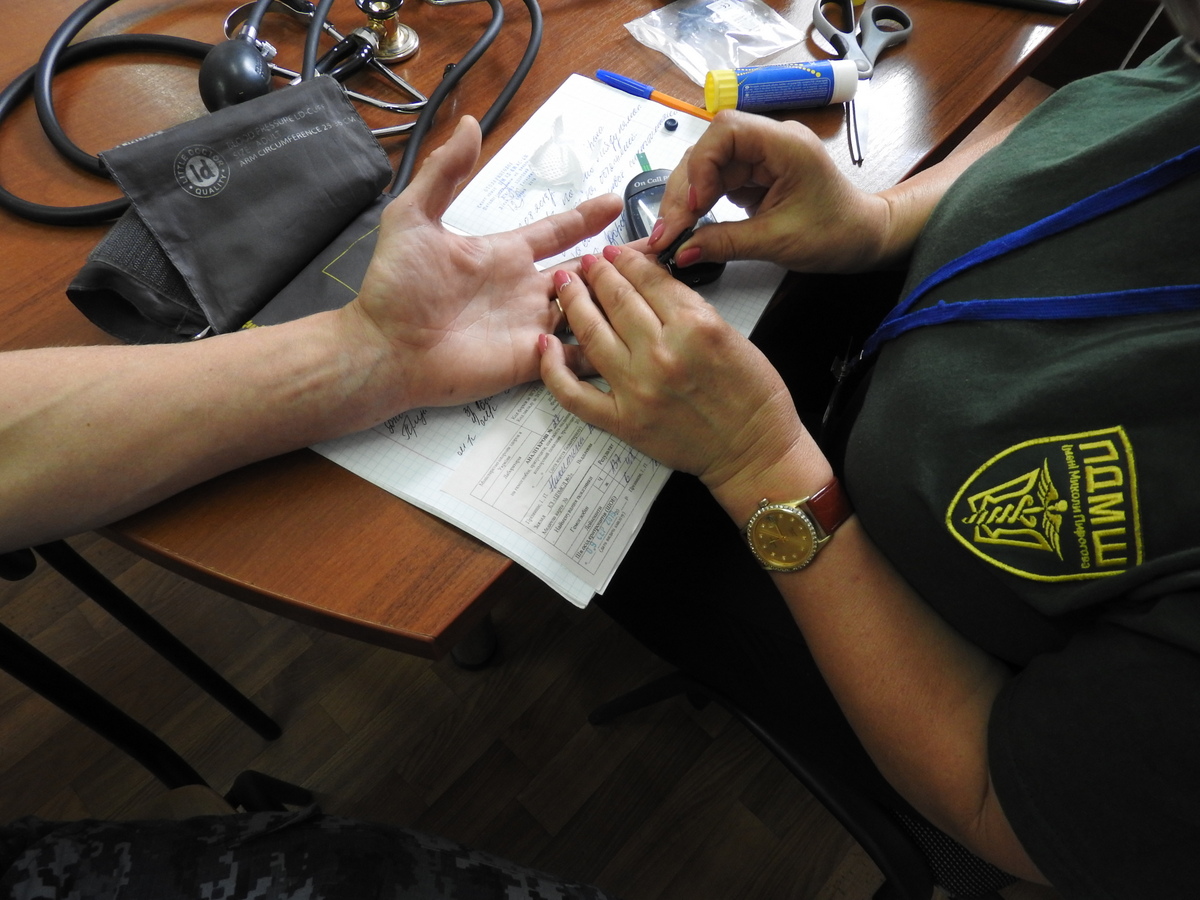 On Monday, Aug. 12, an examination of servicemen of the Mariupol Coast Guard Detachment of the State Border Guard Service of Ukraine set off the implementation of the joint project of the Pirogov First Volunteer Mobile Hospital and the SBGSU Administration. To carry out preventive check-ups on border guards, a group of PFVMH doctors arrived in Mariupol. It includes a general practitioner from Ivano-Frankivsk Oblast, Halyna Chernysh; a cardiologist from Kyiv Oblast, Olena Skorobohach; two doctors from Rivne, neurologist Larysa Yarmolyuk and sonographer Lyubov Yarmolyuk; a psychologist from Kharkiv, Serhiy Usenko; a general practitioner from Lviv Oblast Natalia Nahurska; and a surgeon from Kyiv Serhiy Staskevych. Later, they will be joined by a gynecologist. The group is led by Ihor Buyvol.

Teamed with the volunteer medics are two doctors from the SBGSU Main Military-Medical Center: the head of its Infectious Diseases Department, Col. Vakentyn Prymak, and the head of the Otorhinolaryngology Department, Lt. Col. Andriy Herasymiv.

According to the Health Department head of the Mariupol Coast Guard Detachment, Maj. Oleksandr Yakovchuk, preventive check-ups are an annual in-depth medical examination of the personnel and a very important procedure. “Based on check-ups, I draw up a treatment and prevention plan for next year in accordance with which I carry out all my activities aimed at improving the health of servicemen, their treatment and aftercare, etc.,” he said.

He also emphasized the importance of the PFVMH’s assistance, which not only relieved the workload of border guards’ hospital. “Sure, we have our own specialists. But it would be useful to have a side view of the military link because sometimes they say that military and civil medicine have certain differences. In addition, the portable ultrasound scanner that the PFVMH has allows determining certain nosologies on the spot and picking a contingent for examinations,” Yakovchuk said. “In my view, the start of the project turned out very successful,” Tamila Danilevska shares her impression. “It seems, the professionalism and thoroughness of the PFVMH doctors have not gone unnoticed, neither by the border guard patients nor by their leadership, which provided us with the highest level of assistance. On behalf of our entire group, I want to express our sincere gratefulness to Anatoliy Kotsyurba, Oleh Havrashenko, Andriy Rodin, and Oleksandr Yakovchuk, as well as to all servicemen of both detachments, for their awesome hospitality.”