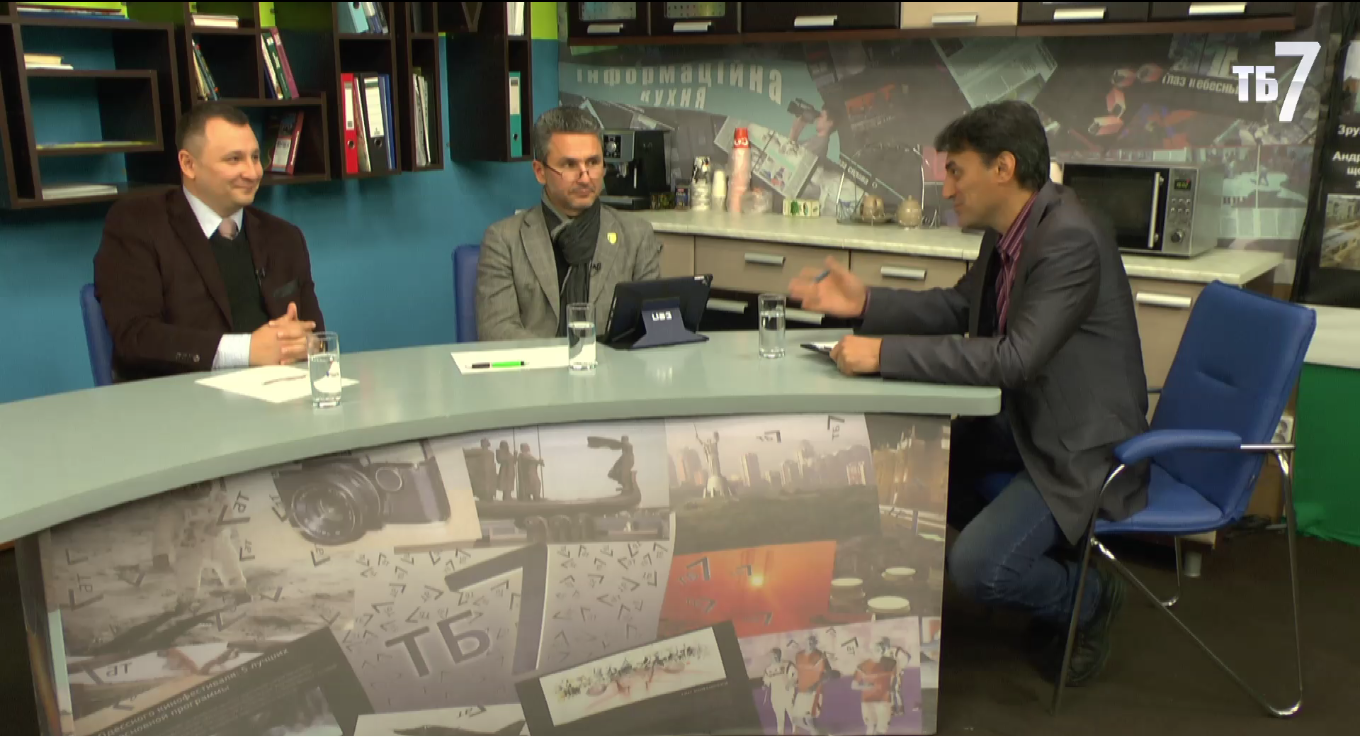 PFVMH leader Gennadiy Druzenko: “Volunteer doctor may not just come to another hospital and start operating”

A unique mechanism has been developed in Ukraine for involving civil medics in filling vacancies in the Armed Forces. However, its implementation faces resistance from insignia-adorned bureaucrats, according to speakers at the first session of a Public Health Forum, which was held on the 7-B platform on the initiative of the executive secretary of the National Medical Chamber of Ukraine, Serhiy Kravchenko, and attended by Gennadiy Druzenko, cofounder and leader of the Pirogov First Volunteer Mobile Hospital (PFVMH), who is also an advisor to the acting Health Minister of Ukraine.

Druzenko described the current state of military medicine in Ukraine as “very bad.” He cited official data showing that every other medical position in the Anti-Terrorist Operation (ATO) zone is vacant. The situation in civil hospitals near the front line is similar, specifically in the districts of Stanytsya Luhanska, Popasna and Novoaydar, where PFVMH doctors work during the mobile hospital’s 19th mission. “So volunteer medics lend their hand to both military and local civil medicine,” Druzenko stressed.

Serhiy Kravchenko, ATO veteran who after demobilization led the PFVMH’s 14th mission in May 2016, said this very hospital is the mechanism of involving civil medics in medical care in the ATO zone. However, despite all the talks about military-civil partnership, neither the Armed Forces command nor the top political leadership in general supported this innovation.

This mechanism is based on a quadripartite Memorandum of Cooperation between the Health Ministry, the Defense Ministry, the General Staff of the Armed Forces f Ukraine (AFU) and the PFVMH Charitable Foundation.

“Despite the fierce resistance of the Health Ministry’s former leadership, followed by the AFU command’s ‘silent stonewalling’ attempts, we nevertheless managed to launch it [this mechanism],” Druzenko said. “It still functions but, regretfully, in early October we had to take our people out of the temporary locations of military units, because the military leadership has not fulfilled their obligations fixed on paper – has never legalized the stay of our medics there within the AFU. To avoid putting our people in jeopardy, we only remain at front-line civil hospitals, where we treat both servicemen and civilians.”

The PFVMH leader explained differences between the involvement of volunteer medics and other volunteer activities. To help the AFU with food, clothes or equipment, it is enough to have money and a wish – no licenses or permits are required. By contrast, a doctor may not just come to another hospital and start operating or otherwise treating patients because, like elsewhere in the civilized world, Ukrainian law strictly regulates medical activities. So it was more difficult to find a mechanism that would protect both volunteer medics and those who let them into their medical institutions.

“Not always can doctors save a person. If have not saved – an investigation is initiated. And the first question any investigator will ask is: On what grounds did you operate in this hospital or were you in this military unit?” Druzenko explained.

“By hook or by crook,” he managed to secure the signing of the clear mechanism for involvement of PFVMH medics by both Chief of General Staff Gen. Victor Muzhenko and Defense Minister Gen. Stepan Poltorak, as well as obtain consent from the Anti-Terrorist Center attached to the Security Service of Ukraine. “It looked like all the generals were ‘for,’ but in the ATO Staff there was such a lieutenant colonel, [Petro] Fivkin, who did not initial [orders on involvement of our medics in the ATO forces and facilities], and the head of the ATO, Gen. Ruslan Khomchak, said, ‘I will not sign without his initials,'” Druzenko recalled.

He called it a “bureaucrat’s complex,” when a colonel or a major is afraid of signing a document that is legitimate but unfamiliar merely because he has never did it before. “And he doesn’t give a damn for that somebody might be killed or fallen ill or become a cripple because of this non-involvement,” the PFVMH leader said.

The forum’s session also focused on other matters related to the work of civil and military medics in the ATO zone.

Watch the whole event on the TB-7 site.