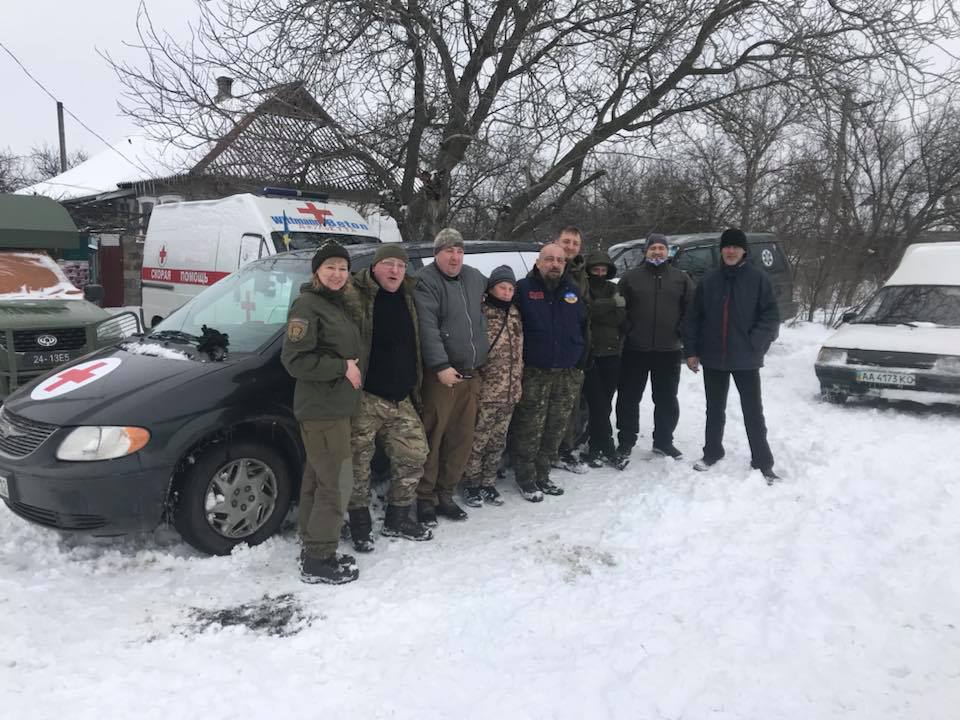 During March, 24 medics of the Pirogov First Volunteer Mobile Hospital in the Anti-Terrorist Operation zone provided care to 3,224 patients. Nine of them were working at civilian hospitals in Luhansk Oblast’s Novoaydar, Popasna, Stanytsya Luhanska and Schastya as well as Donetsk Oblast’s Avdiyivka, and 15, in medical evacuation teams that reinforced the medical service of the Armed Forces of Ukraine at the front.

It is unknown how many individual persons there were among 2,684 patients at the civilian hospitals (like it is unknown how many “physical persons” represent the half a billion yearly passengers of the Kyiv subway). What is known, 540 instances of care provided by the medevac were aid to 268 “physical patients,” including five civilians. This aid was mostly in a form of outpatient care (423 instances) and consultation (89). The medevac patients also included nine wounded warriors; and the teams went for evacuation five times.

Since Apr. 1, 22 PFVMH volunteer medics have been on the monthly mission in Eastern Ukraine, including 14 in medevac teams and eight at civilian hospitals.