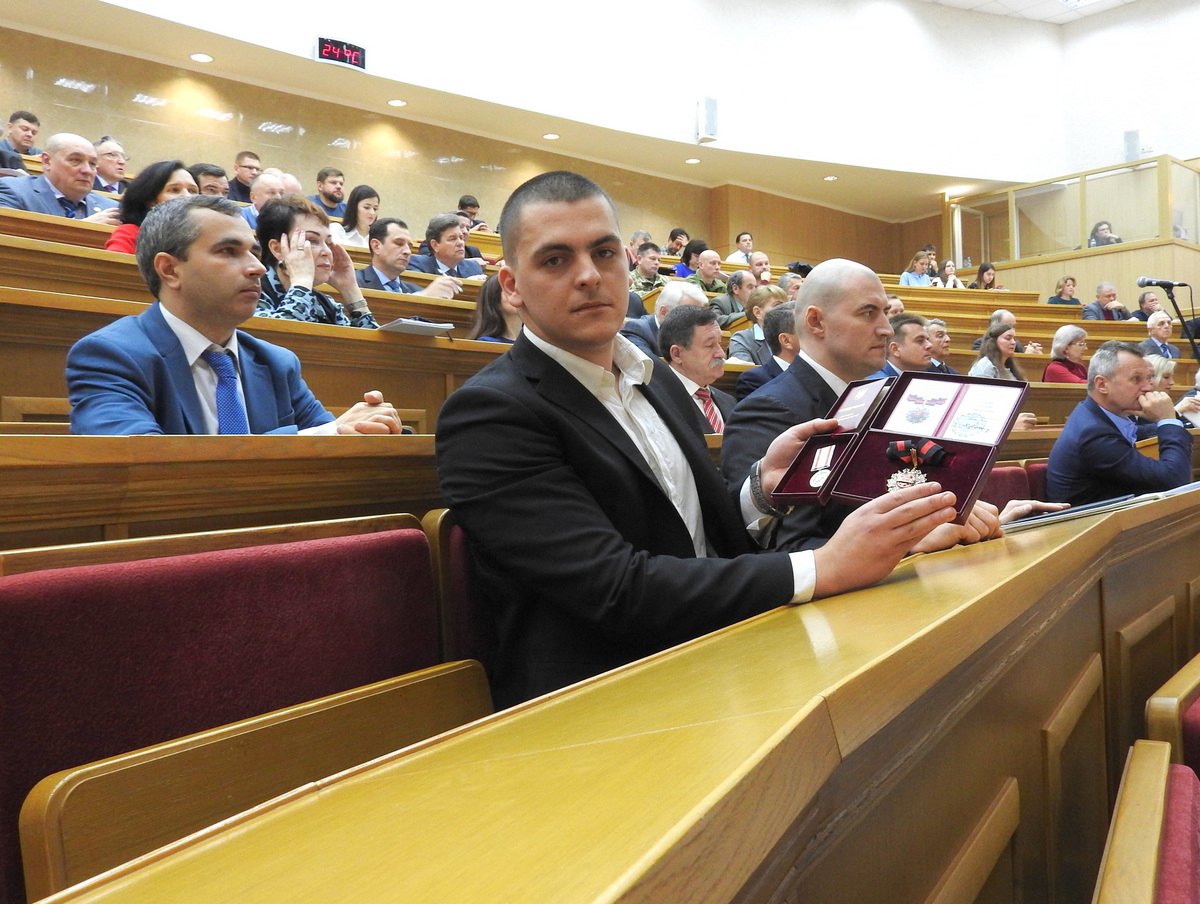 Today, during the meeting of the Kyiv Shevchenko National University’s Senate, fourth-year Legal Department student Stepan Sirak was handed awards – a medal “For Saved Life” from the President of Ukraine and a KNU Senate Badge. Before handing the medal, Oleksandr Hahayev reported that this June in Maryinka, Stepan Sirak was a member of the PFVMH MedStar Medevac team that evacuated soldier Dmytro Herzhan severely wounded during the Security Service of Ukraine operation to bring pro-Russia militant Volodymyr Tsemakh to the government-controlled territory. (Tsemakh has been allegedly involved in MH17 downing.) The evacuation was related to immediate risk for the lives of the volunteer medics themselves: as it became known later that day from a radio interception, there was an order of the enemy to liquidate the ambulance.

The KNU Senate Badge, which bears the number 128, was handed by KNU President Leonid Hubersky. He stressed that Stepan Sirak has become the first student decorated with this badge.