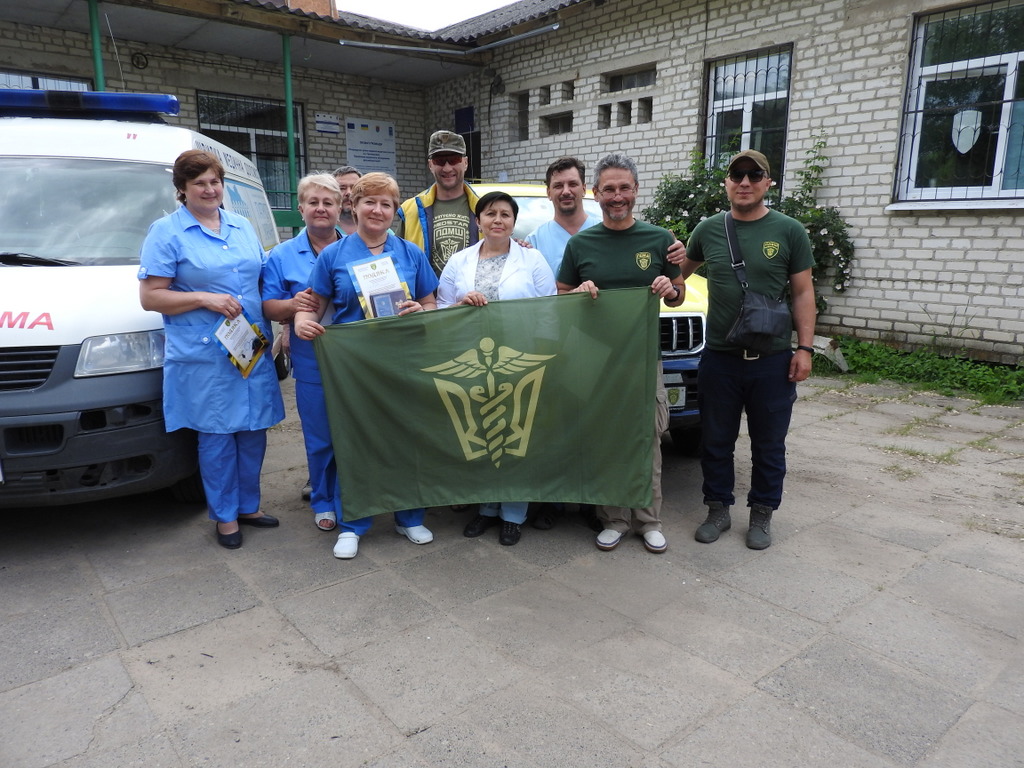 PFVMH medical landing party in Hrechyshkyne: over 300 patients, about 1,000 km covered by ambulance

On Sunday morning, a group of doctors of Kyiv City Clinical Hospital #2 “Burn Center”, returned to Kyiv from a ten-day mission in the village of Hrechyshkyne, Luhansk Oblast, where they had carried out a profound preventive survey of villagers as volunteers of the Pirogov First Volunteer Mobile Hospital. According to preliminary data, during the mission they received over 300 people in the Hrechyshkyne outpatient clinic alone, attended 15 bed patients at home, performed 10 minor surgeries and treated more than 15 patients in an inpatient facility.

According to Viktoria Kramarenko, an immense contribution to the mission was made by driver Serhiy Kyselyov, a volunteer from Khmelnytsky, who covered about 1,000 km in and around the village on his ambulance.

A detailed report on the PFVMH medical landing party in Hrechyshkyne is expected soon.